Originally from London, the cultural fusion that is Crystal Fighter’s is something of a contradiction when held up against the urbanness covers not only the city where they started but many of their stops on their current tour. On one such stop, which took them deep into the grid of office buildings and warehouses that criss-cross Orange County, the Crystal Fighters made an inconspicuous stop at the Observatory in Santa Ana the night before a much larger show at the El Rey the very next night. The usually filled venue was sparsely populated, with a tight-knit circle of fans entrenched within the pit and scattered on the surrounding levels. The entire crowd might’ve fit in the much more confined and intimate Constellation bar-room, but the small attendance only made the night’s events that more personal.

Crystal Fighters has a reputation for providing wild, hurricane levels of energy at their live shows, enlisting the crowd into their non-stop celebration through music for however long they’re onstage. Sebastion Pringle leads the troupe and on this particular night came out a headdress made of leaves and a vibrantly patterned poncho, with many of his bandmates dressed similarly. The very heart of Crystal Fighters music is rooted in its relationship between traditional Basque music and culture that is communicated through heavy electronic dance. Live, the use of traditional instruments like the txalaparta, danbolin, and txistu all flesh out their sound into a more organic rush of emotion, and the use of synths fades into a background emphasis on their rhythms and beats. On songs like “LA Calling,” a stampede of drumming rumbled through the crowd in the form of furious clapping and foot-stomping as they yowled along to the words. Not one person in the venue was silent for their entire set, every person knew the words and excitedly echoed the band’s sentiments of love and meaningful interaction through music–not as the tried and tired themes that they seem to be today–but as legitimate responses to trying times. Every Crystal Fighters song is in some form a celebration of life, love, or any other tangible beauty that exists in the world, and their shows are less an escape but a reminder that those things exist. Every song features some heartfelt mantra, repeated over and over by the band and the crowd until it either becomes true or the person uttering it believes it.

Paying their respects to their original drummer Andrea Marongiu who passed away a few years ago, Pringle burned incense onstage, Graham Dickson told the crowd to raise their arms and place their hands against a complete strangers, urging them to shout and scream as loud as they could in the hopes that wherever their lost bandmate was, he’d hear their tribute.

Sonically and kinetically, Crystal Fighters never stop moving. With Pringle howling his lungs out, backed by and often switching lead-singing duties with Eleanor Fletcher’s and Louise Bagan’s crystalised crooning, the band thunders forward on the delirious echo of their wooden instruments and booming percussion. Communal in nature, bringing the very spirit of the Basque countryside that inspired their sound, aesthetic, and core themes of the band, the universality was not missed as it made waves with the crowd even in the heart of Orange County. Drawing greatly from their most recent album Everything Is My Family, the night’s highlights came with their more stripped-down songs, like the moving ballad of “Bridge of Bones” and the anthemic danbolin medley that tugs at your heart-strings in “At Home.” While songs from Cave Rave like “Wave” and “You & I” thundered and roared in the confines of the Observatory, as the album’s title became an even more appropriate description of the entire concert itself.

Electronic rock group Machineheart opened the night, making the electronic heavy tones of their music into a furious energizer for the crowd that was eagerly awaiting Crystal Fighters arrival. Lead singer Stevie Scott is a timebomb of combustive energy, perpetually exploding outward with her gorgeously shrill singing, while managing to cut deep with an unhinged honesty.

More Photos of Crystal Fighters at The Observatory 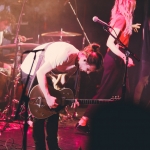 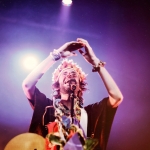 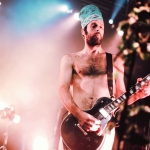 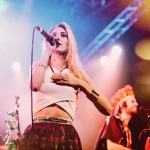 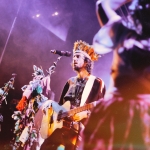 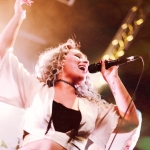 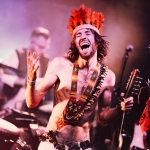 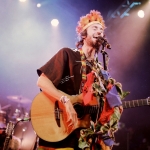 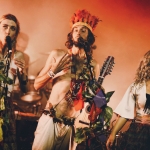 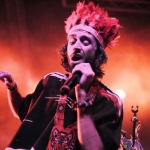 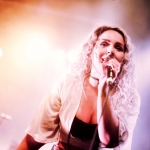 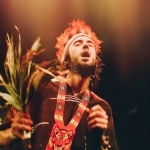 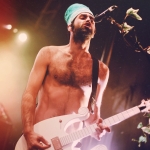 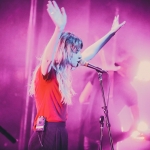