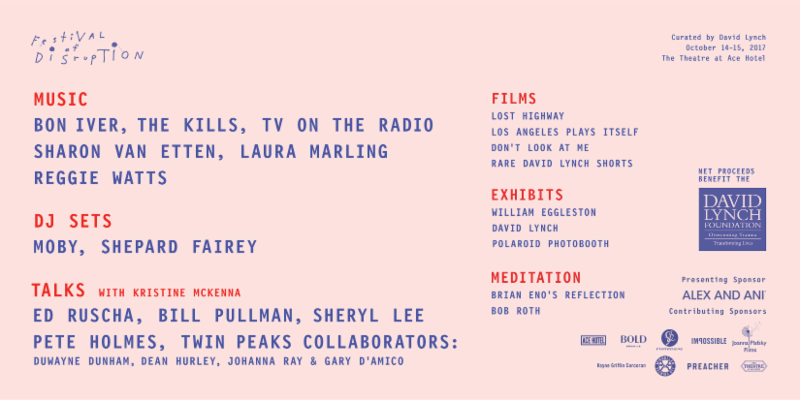 The David Lynch Foundation is back with the Festival of Disruption at the Theatre at Ace Hotel. The multi-media show will kick off October 15 and will include musical performances by headliners Bon Iver and The Kills, along with highly anticipated sets by Sharon Van Etten, TV On The Radio, Laura Marling and more. Additionally, Festival of Disruption will feature DJ sets by Moby and Shepard Fairey, exhibits of David Lynch and photographer William Eggleston, talks by artist Ed Ruscha and actor Bill Pullman, and much more.

Everything featured in this year’s Festival of Disruption was personally selected by the Twin Peaks creator. The weekend is sure to be full of weird fun.

The net profits of the festival will benefit the David Lynch Foundation. The foundation aims to teach transcendental meditation to populations that are most likely to suffer from toxic stress. This includes veterans with PTSD, victims of domestic violence, and underserved urban youth.

Festival of Disruption takes place on October 14th and 15th. The General Admission two-day pass is $249. Tickets go on sale to the general public on June 2nd at 9am PST.

For more information about Festival of Disruption, visit their website.

GET TICKETS TO FESTIVAL OF DISRUPTION AT THE THEATRE AT ACE HOTEL! 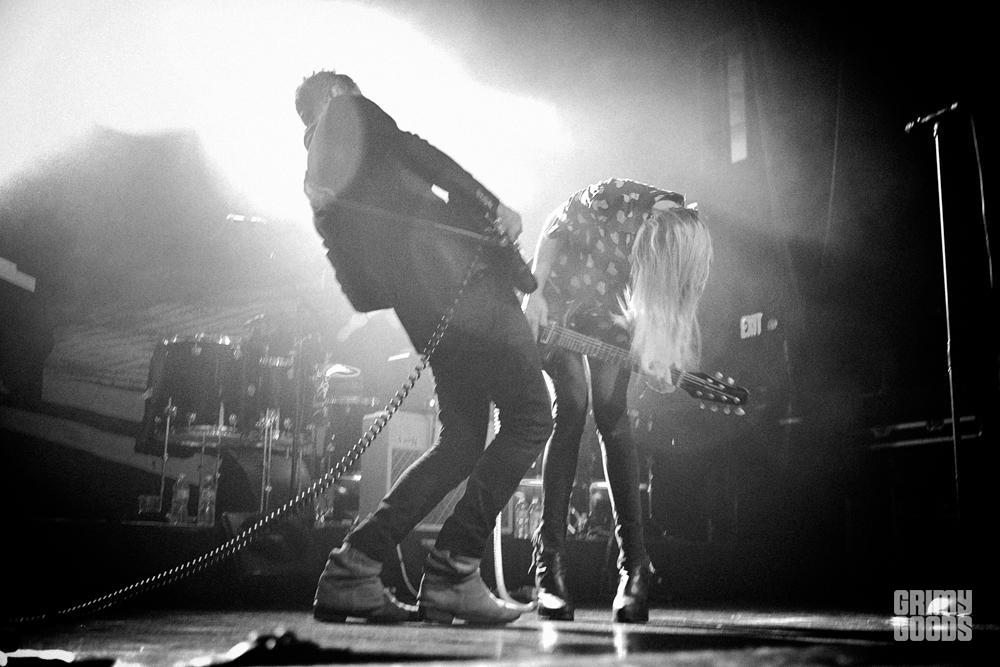 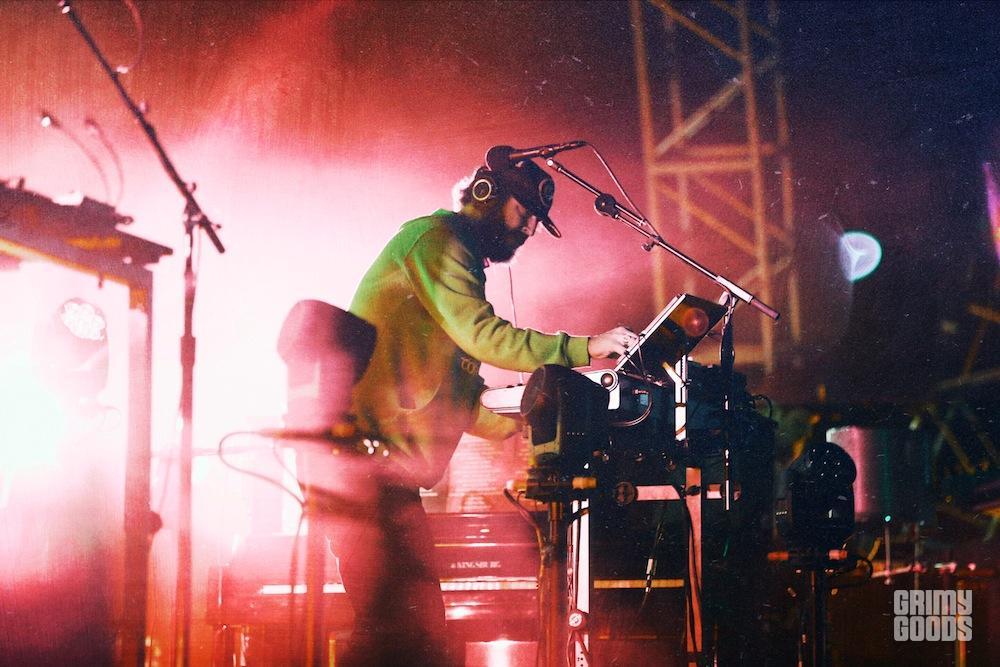 Watch highlights from last year’s Festival of Disruption below.