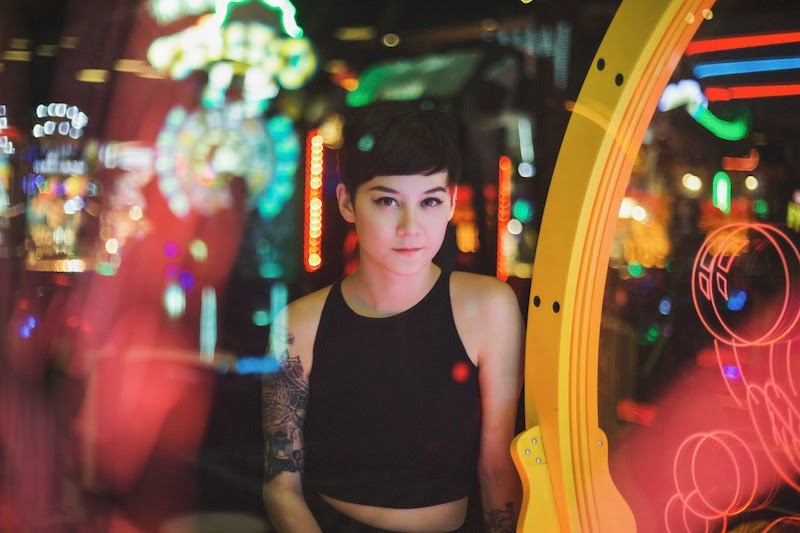 Japanese Breakfast, the sleek art-pop project by Michelle Zauner, has unveiled the music video for “Road Head,” the latest release from her upcoming sophomore attempt, Soft Sounds From Another Planet. Continuing her quasi-surrealistic exploration of romance and personal identity, the album’s recent singles promise an expansion of her affectionate transmissions into the cosmos, drawing inspiration on everything from science fiction and outer space to the Mars One Project. As the follow-up to her debut Psychopomp, it would’ve been more than fine had Zauner returned with the same formulas of brash, lo-fi bedroom rock–but her new ambitions find her new sonics sleeker and her songwriting just as cutting.

In the new video for “Road Head,” Zauner spends some time in the driver’s seat of a beat-up, red muscle car with a companion that looks like Frank Anderson–the giant rabbit from Donnie Darko. The video itself is another feather in Zauner’s cap as a phenomenal director, cutting back-and-forth from bemusing scenes like the one in which the duo lie in bed as Zauner makes faces at the camera, to its more introspective long takes of her taking drags from her cigarette on the hood of the car and the the inevitable bloody ending. The song itself is about someone who once told Zauner that she wasn’t cut-out for a music career–a laughable sentiment, we know, but she takes on the doubt with an obvious air of melancholy. This isn’t a song about sticking the finger to people who don’t believe in you, rather, as Zauner elongates her signature bemoaning wails lazily over a purposeful drum beat and the twinkle of guitars and synths, the somber nature of the film only intensifies. Eventually, it all goes south and like a scene straight out of Twin Peaks Zauner shoots the alien-rabbit-thing with an old rifle and drags his/her body into the woods, the final shot a close-up of her blood-splattered white sweater and a smirk.

It’s all quite gruesome and eerie, but not without Zauner’s obvious penchant for the darkly comedic. As always, Zauner veils big truths in sensual intimacy–or in this case, a lack thereof. Sometimes it comes in the form of hurtful doubts mistaken as helpful truths by people who pretend to know what’s best for us, and sometimes it’s in the detached receiving of road head on a turnpike exit. We’ll leave the interpretations up to fans–but we guess sometimes you have to lure your personal manifestations of uncertainty down an unmarked road and murder them?

Japanese Breakfast will be making a stop on their upcoming fall headlining tour at the Echo on September 20, tickets are still available here. The band will also be hosting a free record release show at Brooklyn, NY’s Union Pool on July 15 and a string of Europe dates. Japanese Breakfast is currently on tour with (Sandy) Alex G and also share a few upcoming US dates with Tegan and Sara.

! with (Sandy) Alex G & Cende
~ with Yohuna
^ with Tegan & Sara
$ with Mannequin Pussy & Spirit of the Beehive

Soft Sounds From Another Planet is available for preorder now and out July 14 via Dead Oceans. Visit Japanese Breakfast’s website and Facebook for more information. 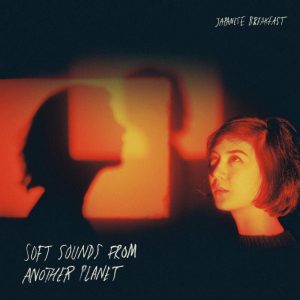 Soft Sounds From Another Planet: