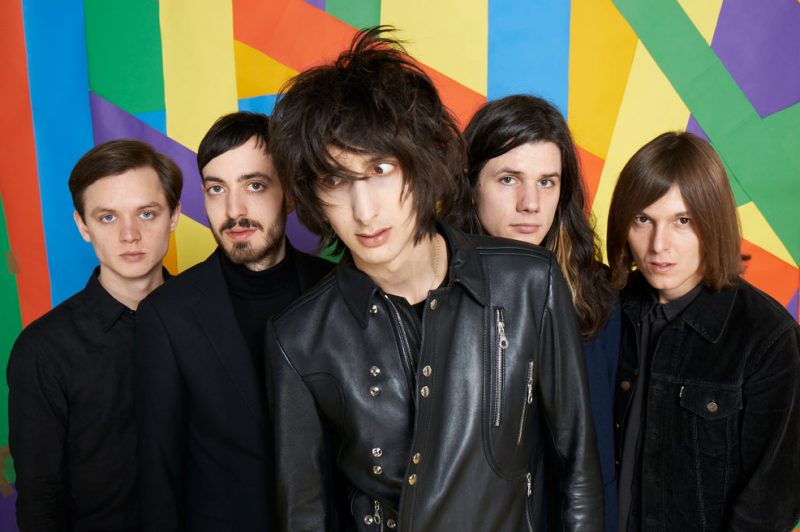 English rock band The Horrors have revealed the music video for “Machine,” the first single from their upcoming fifth album V. In the video, twisted contortions of randomly generated computer simulations inspired by director Jon Emmony’s fascination with Hieronymus Bosch take shape as lead singer Faris Badwan groans over shrieking and buzzing guitar reverb. Eventually, the eeriness escalates as the scaley creatures formed take shape as a pale inhuman face and in a purely Cronenberg moment a spine fragment/insectoid shape emerges from its mouth. Unnerving but impossible to pull away from, the track rumbles forward in urgency as Badwan’s deadpan bellowing barely breaks through the surface of mechanical droning and synth screeching. Boldly assertive, the track channels some breaths of Depeche Mode in its aggressive breadth and experimentalism–and with future single “Something To Remember Me By” promising some 80s stylized trance, it’s safe to say V is poised to be the band’s most diverse composition yet.

Watch the music video for The Horrors newest single “Machine” below!

The Horror’s fifth album V is out September 22 via Wolftone/Caroline, you can preorder it here. The band will also be embarking on a U.S. tour around the album’s release, with a performance on September 16 in Los Angeles at the Spaceland Block Party. Stay updated on the release of future singles and tour date announcements by visiting the band’s website and Facebook!