This past weekend the Broad Museum put on a fascinating event merging contemporary art, music and culture. The museum and its exhibits were still open during the after hours event where Japanese artists were scattered within the exhibits performing live music acts. Just outside the museum doors on the Plaza stage, an Osaka duo called Afrirampo performed a loud and quick punk rock set. Screaming at the top of her lungs and shredding guitar was Oni, and on drums, Pikatchu. From start to finish you could hear Afrirampo’s high pitched screams from two blocks away from the event; the act was an interesting choice to put before a calm Devendra Banhart set, but the main point of the event was to merge cultures while of course having an open mind. Devendra Banhart and only two other members finally took the stage which was obvious that wouldn’t be a usual Devendra set seeing as there wasn’t a drummer. While the band tuned their guitars, Devendra did some meditation on stage encouraging the audience to relax and be as still as possible for the next hour (he jokes). It took some of us a little time to cope with the fact that it wasn’t a typical Devendra set with more groovy instrumentals and instead it being primarily acoustic guitar, but after a few glasses of wine we were on the same spiritual level as Devendra. The band showcased mostly new material from Ape in Pink Marble and at the end of his set played “Daniel” from Mala. After Devendra’s set there were still some cool acts to check out within the museum like Ikue Mori who played an experimental set next to Jeff Koon’s “Tulips,” using only a drum pad and sampler kit. Another cool set to check out was Oorutaichi who is a film score composer from Japan who played a Dj Set in the Oculus Hall. One of the last acts to catch was Miho Hatori’s New Optimism who had a dance party in the Oculus Hall in complete darkness giving the front row of the crowd headlamps to use as they danced making it a DIY lights and visuals set up. 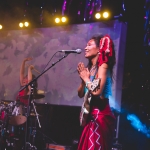 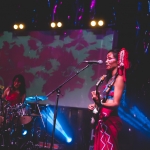 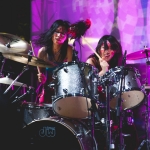 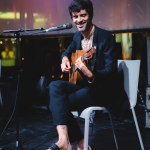 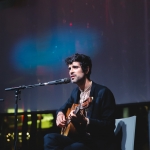 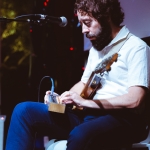 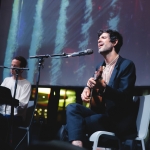 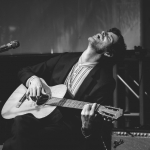 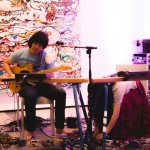 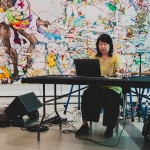 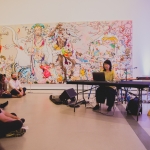 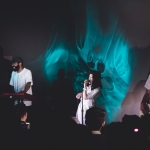 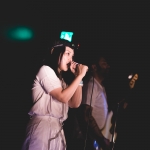 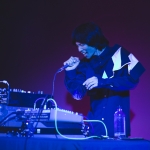 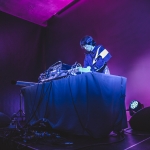 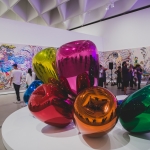