This past Thursday night fans shuffled onto the Santa Monica pier for a chance to see Warpaint for the last installment of the Twilight Concert Series. Thanks to participating partner Snapchat the Santa Monica Pier were able to make this event free for fans to attend. Before the live acts began, attendants were preoccupied by the food and game vendors tucked between dazzling art installations. Snapchat were also handing out special glasses for upcoming solar eclipse that had an effect when looking at lights (pictured below).

Wild Belle warmed up the crowd with some pleasing danceable tunes during the sunset. In between sets, KCRW’s Jason Bentley Dj’d for us keeping the dancy vibes alive before Warpaint took the stage. Warpaint entered the stage to a roaring audience eager to hear their music. The band consists of guitarist and vocalist Emily Kokal, guitarist and vocalist Theresa Wayman, bassist and backing vocalist Jenny Lee Lindberg and drummer Stella Mozgawa. Warpaint’s mystical, yet groovy music kept its fans moving all night. With their latest release Heads Up, Warpaint showcased songs from their newer album mixed with some old material. Unfortunately the eager fans in the front row were not allowed to be too close to the barricade due to a production camera man shooting from the front row, but it wasn’t long until Theresa from Warpaint realized how far everyone was from the barricade and encouraged us to all come forward to make the show more intimate. Fans rushed to the barricade getting a better view of the ladies and grooved all night long. 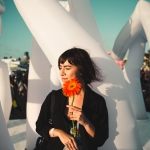 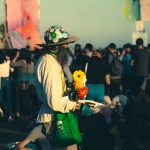 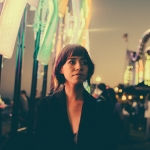 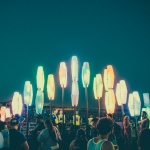 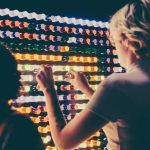 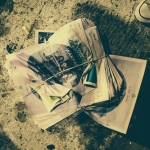 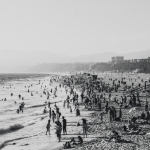 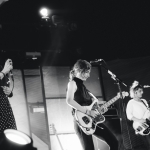 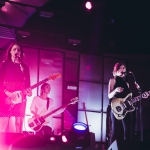 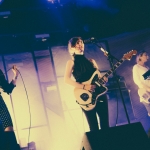 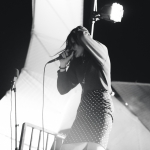 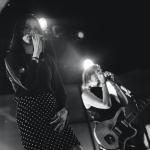 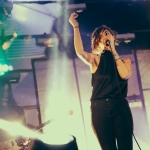 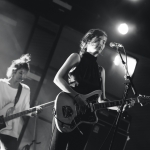 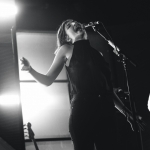 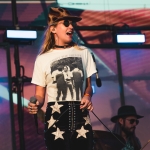 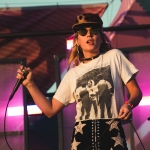 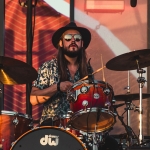 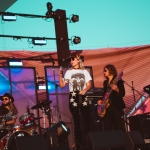 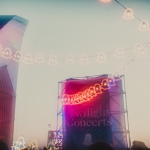