Hollywood Forever’s Masonic Lodge hosted a thrilling night of music this Tuesday evening. The post-rock instrumentalists of El Ten Eleven were home. Joining them on their short tour run with wholesome and rich lyricist, Korey Dane. The room quickly warmed up with Dane’s hypnotizing vocals and folk impression. The Long Beach born and raised musician was pleased to be joining El Ten Eleven for such a special night.

Without delay, the instrumental duo made way to the dimly lit stage. LA’s own El Ten Eleven are known for their pretty lengthy discography of uniquely melodic and complex music. This show in particular was a special treat following their latest EP release Unusable Love which features the duo’s first ever vocal collaboration. The project enlists the smooth voice of Emile Mosseri of New York rock band, The Dig, which just completely spoils our ears. Double neck bassist/guitarist Kristian Dunn and drummer Tim Fogarty have no issue alone in creating lively and dramatic rhythms to their music, so adding vocals just integrates a special hint of magic.

The happy crowd did have the pleasure of hearing some of their favorites such as “My Only Swerving,” and “Transitions” before Mosseri made his way on stage to deliver some truly heart piercing renditions of their collaborative tracks. The first track on the EP, “Unusable Love” for me is such a different sound to El Ten Eleven than fans may be used to. With some continuous beats from Fogarty’s electric drum pad, which could come off as a type of remix, the vocals added over that sound create sounds that are incredibly pleasing to the ears. Overall their collaboration is nothing short of stimulating, and the live reaction was ever positive. If you missed Tuesday’s show you can catch El Ten Eleven at the Observatory’s Constellation room on October 6th.

Korey Danes at the Masonic Lodge shot by Danielle Gornbein 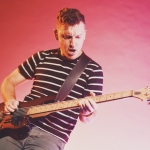 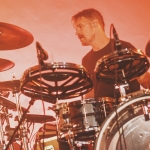 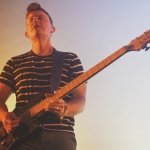 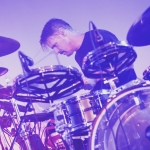 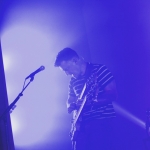 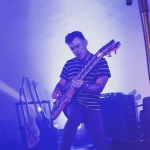 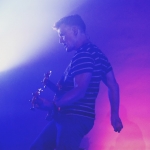 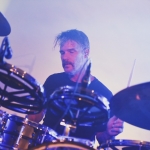 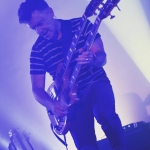 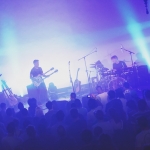 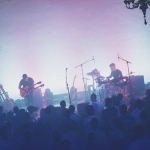 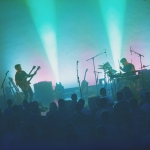 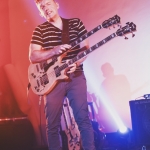 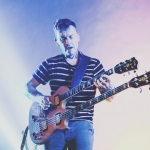 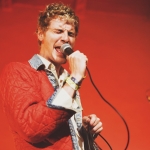 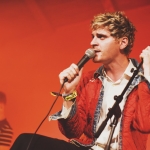 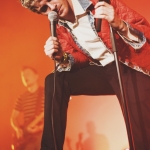 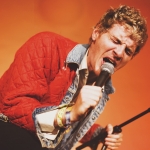 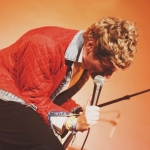 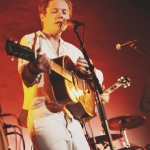