The Shins at the Greek Theatre by Steven Ward

A now forgotten list about ten delightful riffs in indie-rock once claimed that The Shins were not a very guitar-driven band. It was a benign comment that given the context and Wincing The Night Away-era in which it was written, wasn’t necessarily off the mark. But it has and always will fester rather neurotically in the back of my brain, not just because their later releases like Port of Morrow and Heartworms best moments are owed to buoyantly elastic guitar lines, but also because of their live show. If auteur James Mercer and company did anything last Friday night at the Greek Theatre–as they do every time they play–it’s showcase how much, in fact, The Shins’ indie-rock sound relies on the power of their guitars.

Opening with jagged guitar rips and Jon Sortland’s bubbly percussion in “Caring is Creepy,” Mercer’s sonorous croons soared in a sublime melancholy over the crowd. Wiping away the dreamy sheen left behind, the band dived right into “Australia,” a song held together by the rhythmic backing of acoustic guitar strums and features an electric solo two-thirds of the way in. With three guitarists and one bassist, The Shins lineup begets an affinity towards fancy guitar work and to the credit of the author of that riff list, no other band blends that heavy-handed allure into their music better. Following up as their third song was “Name For You,” a crowd favorite that had Mercer and the two other guitarists, Casey Foubert and Mark Watrous, beguiling away even with their sumptuous riffs hiding coyly behind percussion and synth backing. It might be easy to miss on their studio plays but live the sonics have no background to dissipate softly into, whether it’s the heavy hammer-ons in “Painting A Hole,” the longing guitars that hum softly in “Simple Song,” or their more melodious mixing in “Phantom Limb.”

The Shins at the Greek Theatre by Steven Ward

The band also took a few steps back to acoustic tendencies with “Kissing the Lipless” and “Saint Simon,” as well as the Heartworms toss back to those early days with “Mildenhall.” Mercer and company also continued a little tradition they’ve had on this tour that they’ve been calling their “rock block,” which began with splicing Tom Petty’s “American Girl” into the middle of “Sleeping Lessons.” This time they added The Outfield’s “Your Love” intro before “Girl on the Wing,” and then again after “Turn a Square.” Mercer, like his Petty cover, nailed the vocals and convinced everyone in the crowd that The Shins auteur could have an equally successful career starting an Americana-rock cover band.

A brief encore later and they were back onstage giving a still tenderly nostalgic, even after all these years, a playthrough of “New Slang,” before imploding with “Sleeping Lessons.” Every band, no matter the genre, has a song they rock hard to and for The Shins it’s always been “Sleeping Lessons.” Everyone onstage loses their minds once the guitars jump in, both Foubert and Watrous swinging their instruments and jumping up and down as they push through what always seems like an inadequate sound system (no matter the venue) their huge sonics. Wildly anthemic and always putting to shame the studio version because of its length, The Shins ended their Greek Theatre appearance in the same fashion they always do–to the inane ecstasy of their giddy guitars.

Foxygen at the Greek Theatre by Steven Ward

Foxygen opened for The Shins, offering a funky contrast to The Shins indie-rock energy. Lead singer Sam France is always a dually elegant and flamboyant force to be reckoned with, in his wide-brimmed hat he strutted onstage like a lounge singer teleported to the Greek from another decade. Singing in long, drawn-out yowls and at times in a conversational inflection, Foxygen’s setup has always had the ability to make any show feel like this intimate gig at a smooth jazz bar and as such has this dreamily affecting quality to it.

More Photos of The Shins with Foxygen at the Greek! 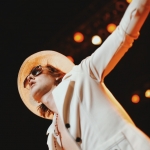 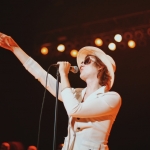 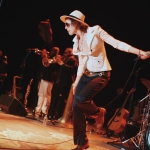 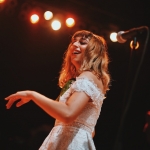 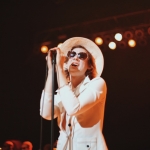 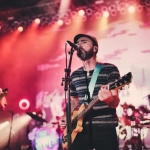 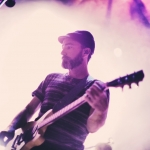 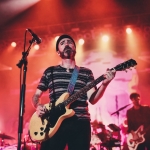 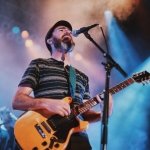 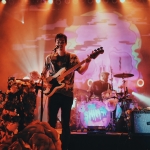 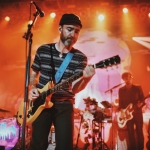 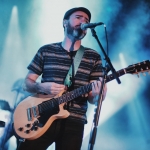 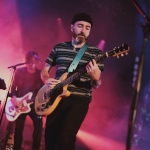 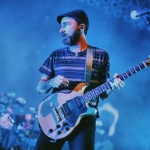 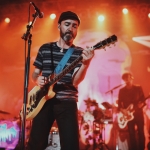 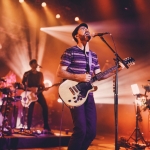 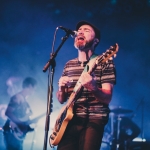 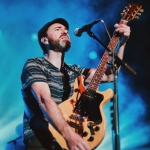 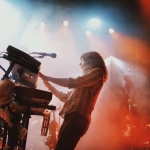 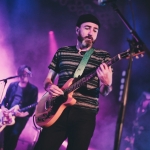