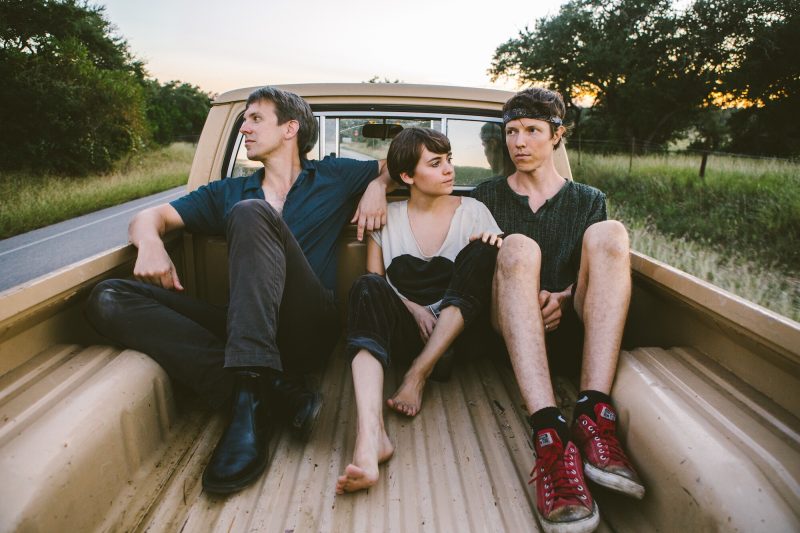 Spring is beginning to dawn on our seasonless city. It’s not the weather that leads me to this conclusion but rather the calendar of concerts around the city–April is always packed to the brim. Last night, the Bootleg hosted local songwriter, Jess Williamson, and the thoughtful trio Loma.

After the rest of her band filed on, Jess Williamson walked out in a baby blue smock, already clutching a sleek, all-black acoustic guitar, the first of several guitars she’d play that night. While they had an energetic start, Williamson chose to play a few slower numbers in the middle. It brought the mood back to a murmur in the house, helping to accentuate her voice, which frequently became the only thing I could focus on, though sometimes that was a matter of circumstance; one track in particular has an a cappella intro. Toward the final few measures of her set, Williamson put her guitar down, and returned to the mic to introduce and applaud for her own bandmates. After she said her goodbyes, she took a seat at the keyboard and busted out some bluesy chords, making that her final gesture of the night. 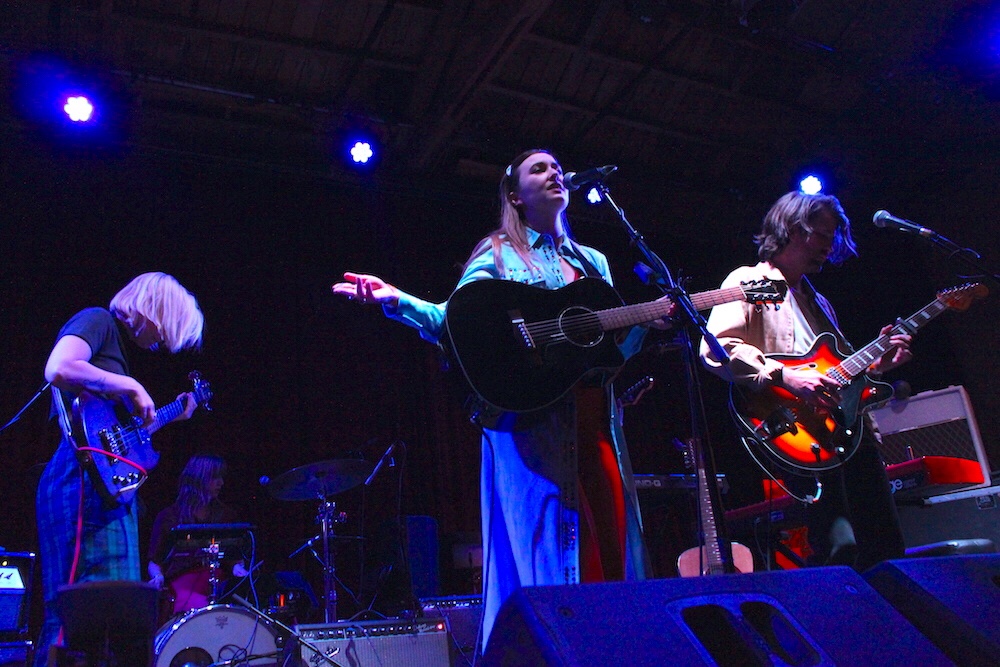 Loma came out with another five-piece touring band for their set, this time led by Emily Cross of Cross Record. (Her partner in that project, Dan Duszynski, is also in Loma.) She had on an all-white ensemble, intending to catch the light of the tubes laying across the floor of the stage. There were three around the main mic, and one near an easel, where two large drawing pads sat innocently.

The band started with the haunting, “Who Is Speaking?,” and played through their recent self-titled LP front to back (or so it felt, I may have lost track toward the middle). “What does the night have to do with the day?” Cross sings, calm and loose, introducing herself as the narrator. The character she plays on Loma is a detached persona; bandmate Jonathan Meiburg wrote lyrics that turned out to be prescient, foretelling personal turmoil that she had as she split with her then-husband Duszynski over the course of the recording process.

Mirroring the power of the record, the most impactful song of the night was “I Don’t Want Children.” The spaces between the sounds gripped the crowd, who remained patient and respectful throughout the night. Their album requires attention, but little energy, so hearing it live was an inherently heavier experience. The atmosphere the band managed to create with lights and sound was enrapturing and would have been ruined heard any other way.

Halfway through the set, Cross meandered over to the easel with a thick, black marker. She began to draw ovals in a semi-circle, but seemed unsatisfied when she stopped to check her work. After another song or two passed, she returned to finish the scene. If you asked me, I would have told you it looked like a crop circle of walnuts, with a symbol from Semper Femina inscribed in the middle. But the band explained their intention: they were limes! Just like the ones they used to find at their local supermarket in Texas, where they’re from. Nothing conjures memories of home better than dark, extra-terrestrial citrus.