One-woman-show and conjurer of haunting, dance-ready spells, L.A.-based artist Elohim debuted her self-titled sophomore album Friday night at the Fonda Theatre. With already a strong cult following behind her eerie yet sublime take on beat-driven electronica converting more listeners by the day, the mysterious songstress operates at arm’s length from the crowd; but that doesn’t stop her songs from touching fans with a shattering intimacy. From behind the geometric light array that serves as the cauldron from which she whips up her darkly brooding pieces, Elohim doesn’t manipulate the atmosphere at her shows–she manifests it herself in every possible way. Like the stage on which she performs, carefully bathed in lines of darkness and bleeding lights so as to keep her behind this veil just out of reach, Elohim’s set was a measured exercise tangible emotion.

Sonically, Elohim is a sucker-punch of whimsical tones and at times frantically bubbly synths, but even these start to burn when dipped in the thick vapors of her heady beats and her own piercing croon. Drawing almost entirely from her new album (the show itself serving as her album release party) Elohim kept the crowd submerged under favorites like “The Wave” and “Fuck Your Money.” Wearing face masks provided by Elohim, the crowd momentarily forgot it was in a theater in Hollywood and was transported, rather hypnotically, to wherever it is that the singer dreams her songs into existence.

Battle Tapes and Yoshi Flowers opened part of the night for Elohim, building up the energy in the building with the ecstasy of their 80’s synth-pop and anthemic, guitar-driven tunes respectively. Battle Tapes, channeling a nostalgia for post-punk brashness in the vein of The Wombats, really got the crowd going into a frenzy. Yoshi Flowers, who sings alongside Elohim on the song “Panic Attacks,” was also a one-man show that fought hard and succeeded in keeping the crowd’s enthusiasms up for Elohim’s set.

Battle Tapes at the Fonda Theater by Steven Ward

Yoshi Flowers at the Fonda Theater by Steven Ward 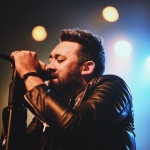 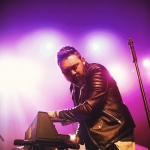 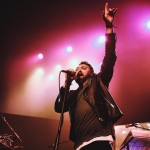 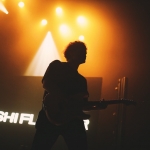 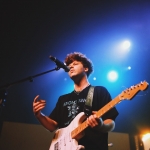 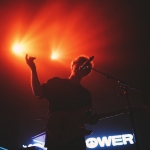 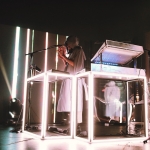 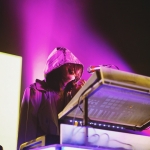 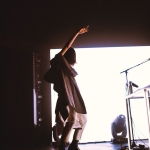 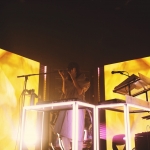 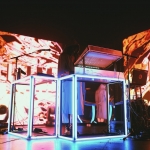 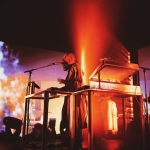 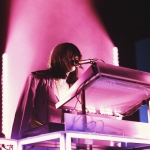 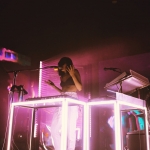