Boston Calling day three was a cold one as fans alternated between seeking out hot food and huddling in front of the festival’s stages in an attempt to keep warm. Cutting winds and an endlessly dropping temperature wasn’t enough to dampen the spirits of those in attendance, however, as the day was filled with enough performances to warm your soul to. Even Alvvays had something to say about the weather, with lead singer Molly Rankin giving the Boston crowd a, “What the fuck America? You’re supposed to be warm.” But for Toronto band, the gloomy overcast sky was perhaps the perfect arena for their glazed-over, indie-rock tunes. Buzzing away on her guitar and giving the crowd her soothing croon to forget the cold with, Alvvays rumbled through their dreamy tunes like “Party Police” and “In Undertow.” But Rankin and company for all their melancholically-inclined shoegaze failed to elicit a drop of rain from the sky, despite all their efforts.

It was Khalid, the 20-year-old sensation from El Paso, Texas,  one of the obvious highlights of day three that he took the stage in the middle of that long-awaited downpour. Standing above the crowd as technicolor projections burst behind him like an 80s video-game, Khalid gave fans a glittery unraveling of his debut album American Teen. Traversing all the neo-soul and pop extravagance that informs his music, Khalid takes a page from both in his live shows as well, mixing the spectacle of backup dancers with a budding authenticity. There’s a youthful nonchalant nature to the singer/songwriter that is as disarming as it is entertaining, and it’s the kind of sentiment that not only draws you into his music but himself as well. With a huge smile plastered on his face his entire set, Khalid simultaneously championed his late evening slot and the massive crowd like a veteran performer while also barely containing his own excitement.

In terms of sheer kinetic force, Khalid’s performance was the stand-out set on day three. But there were plenty of other bands that offered a similar energy in albeit a different form. Thundercat led fans down a rabbit hole of bass fanaticism on the main stage, drawing in the crowd with the quirky but mind-boggling wonders of his bubbly solos. It’s always a curious thing to see new crowds experience Thundercat, as the gradient of reactions usually starts with anywhere from mild to severe confusion which eventually melts away with the help of his highly enthused playing into something unbreakably fixating.

In a whole other realm of magic and wonder, Julien Baker brought her soul-wrenching croons to the lacrosse field on the southern end of the festival. Where fans gathered to warm themselves against the glow of her deliriously melancholic but life-affirming songs. Much like Thundercat, it’s always something strange to watch a crowd experience Baker for the first time and the ways in which she manages to halt any group of people with the quieting, but colossal emotionality of her music. Alone onstage and almost swallowed up by the dark backdrop behind her, Baker’s work two-fold: at first, they lull you in with their crystalized beauty, but the moment she let’s loose they crash together in a euphonious hammering of bittersweetness. Even if you’ve seen her before, it’s still hard to accept that this is the source of such a stratospheric, intensely powerful voice. There’s a beauty in Baker’s songs that come to life in a raw manner when she performs life and no matter where she is performing that atmosphere permeates everything. 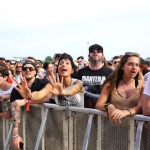 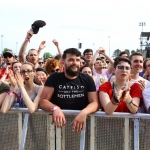 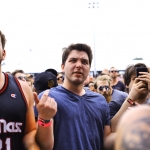 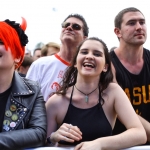 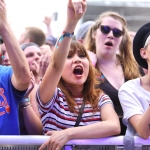 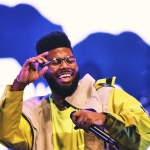 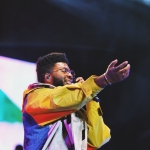 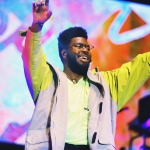 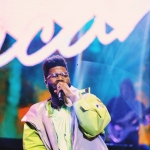 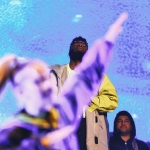 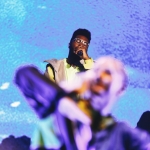 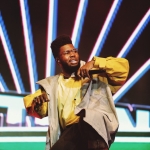 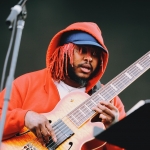 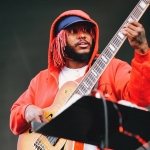 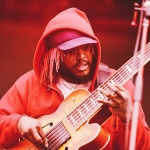 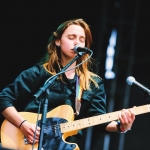 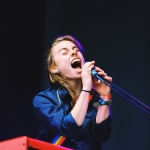 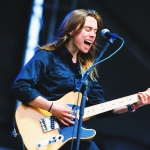 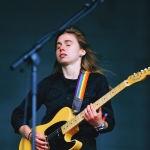 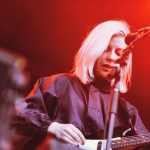 〉〉〉Boston Calling day one dazzles away with Paramore, Perfume Genius, and more!