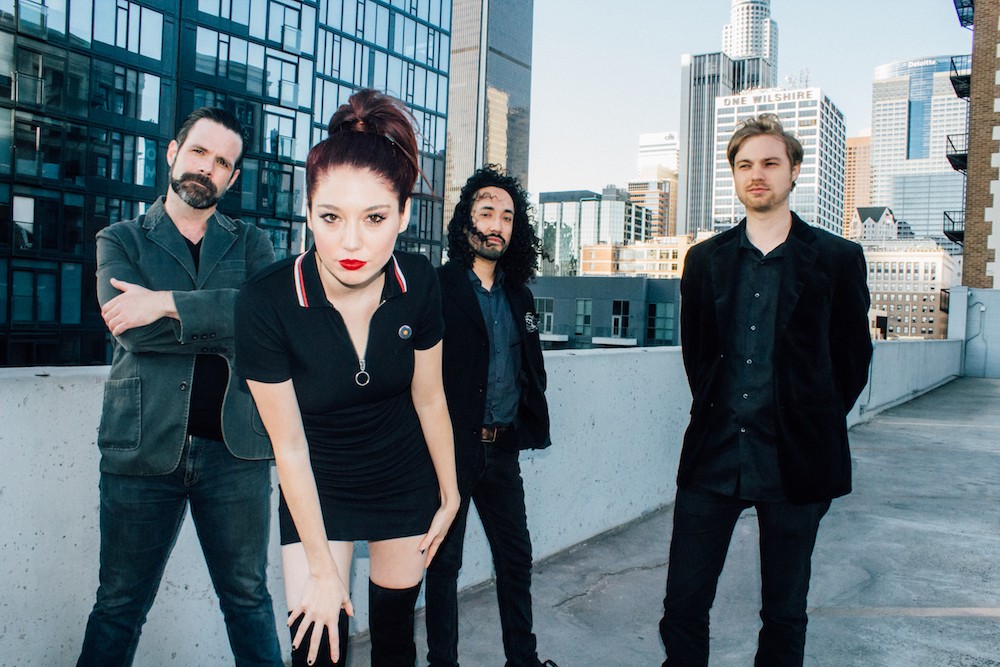 Local retro rock outfit Livingmore is regimented in the all right ways. As the band and I loudly chat over coffee on a hot day in Hollywood, drummer Mike Schadel breaks it down: “Everyone has a role,” and with structure, they are able to avoid disagreements and negative energy. Frontwoman Alex Moore jokes, “We’re like the mafia.” Without missing a beat, bassist Rodrigo Moreno adds, “and if they don’t do their thing, they get whacked.”

Livingmore began several years ago as the duo of Moore and Spencer Livingston, who is the band’s main guitarist. Over time they added and subtracted different members and instruments, eventually finding comfortable cohesion as a simple four-piece. In the beginning, they wanted to push themselves to embrace their vulnerabilities: Moore practiced playing the guitar while Livingston honed his voice. Watching them perform today, you’d be hard-pressed to locate their insecurities; their hard work paid off.

With Schadel and Moreno, their sound is preserved in amber. That is to say, many phases of rock throughout history impacted them, and their new It’s All Happening EP seems to particularly honor the ‘70s. Their recent LP, Ok To Land, reflects more of an amalgamation of influences, having been written under diverse circumstances over two years ago. Fans of He’s My Brother She’s My Sister would enjoy their style of alt-rock, where tracks like “Transition” show their mellower side and “Never Slow Down” is a higher grade of octane.

As I talk to them about the January album, they seem disconnected. It was written so long ago that the stories behind the songs have begun to fade. I mention my fondness of “Walk Alone” and they explained how that song in particular has morphed onstage since it was recorded. Mustering up memories about naming the LP, they tell me that it was the only title they considered when Moore mentioned it in the studio one day; it clicked without any further explanation, as most of their ideas do. It represents them without requiring acknowledgment, a silent nod to staying true to themselves, individually and as a whole.

Not that they need the reminder; their songwriting process proves more than anything that they’re just enjoying life and channeling that into their music. Yet Moore and Livingston write from antithetical places. Having always loved books and authors, Moore uses writing to work through thoughts and emotions that move too quickly to understand in the moment; Livingston does the opposite, where he writes to purge his emotions, sometimes forgetting what he’s said or disagreeing with himself after time passes. Together, their lyrics mesh like a surrealist novel, grounded but sprouting wings.

Their press tour last summer, including continuously playing around the city, has left them spent. They had a different bassist on Ok To Land, and having played with Moreno for a year and a half now, they would like to move on to performing the tracks that they actually wrote with him. “With Rodrigo joining, it adds this really fun energy to the band,” Moore says, before Schadel adds, “and we want to release something current that sounds like us.”

All four seem to mutually agree that the only way to move forward is to continue creating. The new EP, which is debuting on Grimy Goods below and officially out on Friday, is their next step. It’s All Happening comes just over six months after their full-length, and though the wait between releases seems short, they are still elated about getting the new material out there. This release is more whimsical than the last, with a new attitude hidden in the melodies.

The premise of the title track originates in the headgear of friend of the band, Morley Bartnoff, affectionately known as Cosmo Topper. “He’s got a city in his hat/ And he ain’t got time for tricksters/ A city in his hat/ And his words turn into wizards,” the lyrics begin, utilizing catchy slant rhyme and assonance at every turn. It’s only natural to begin crafting a SimCity utopia upon seeing Topper’s tophat, and Moore tells me: “I pictured him lifting his big hat and a city living underneath, with bicycles and the circus and wizards.”

They already have begun to include tracks from It’s All Happening in their setlists at shows and are eager to lay down more in the studio as well. They have several tracked and ready for fine-tuning, and many more ideas to explore after that. To avoid the lag between writing and releasing, they plan to stick to three-track installments for the foreseeable future; after all life is short, and Livingmore plans to live up to their name.

Look out for It’s All Happening this Friday, and listen to the EP in full below. The band will be performing at the Moroccan Lounge on 8/29 alongside Liv Slingerland and KiSMit, supporting Brenda Carsey & the Awe; get tickets. Follow Livingmore on Facebook, Twitter, and Instagram. 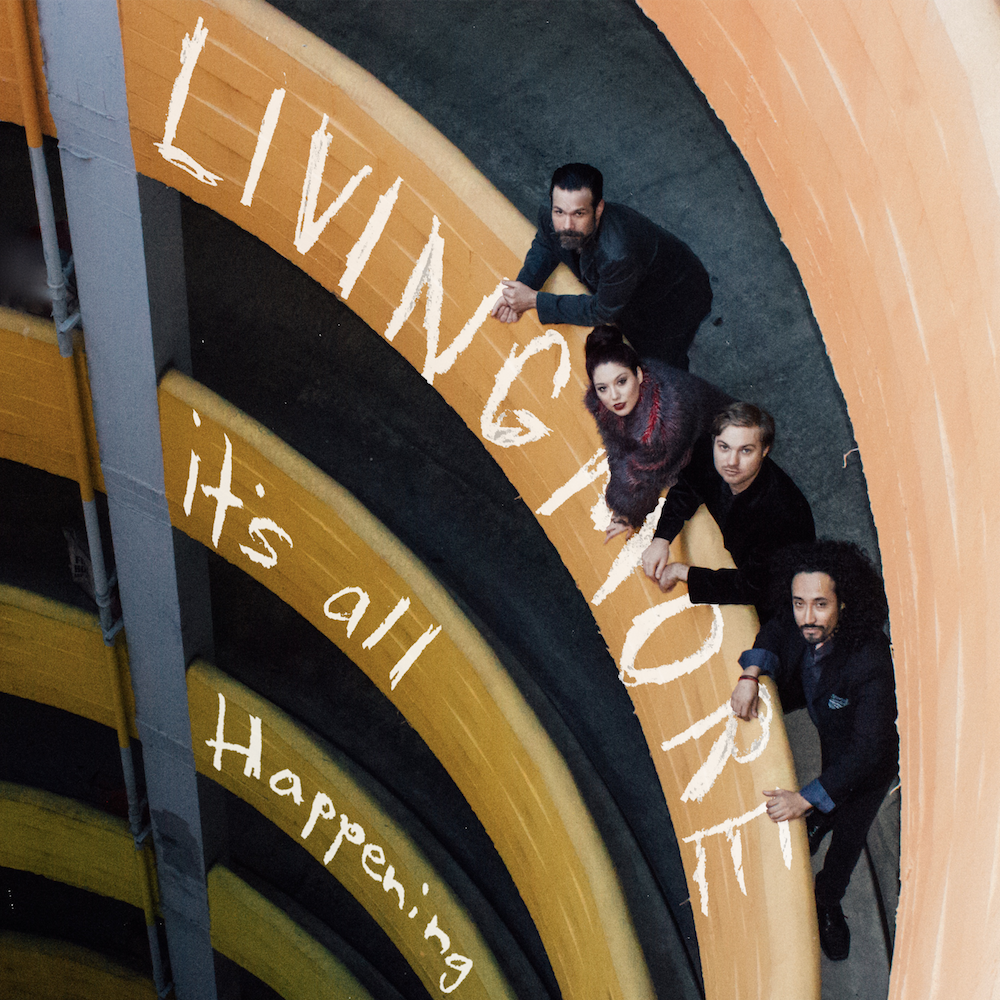