Hard rock fans were in for a treat on Tuesday night at the Hollywood Palladium. Guitar legend Slash has been teaming up with singer/songwriter Myles Kennedy and the Conspirators. The project had been on an unexpected hold when estranged Guns N Roses band mate Axel Rose called Slash after not speaking for 20 years and the band mended old wounds to reunite at Coachella which turned into a tour. Slash was determined however not to abandon the project and a month ago Slash featuring Myles Kennedy and the Conspirators played their first show in 3 years at the Whiskey A GO GO. The Palladium show wrapped up the first part of the tour with the band heading to Europe this coming February to support their well received new album “Living the Dream.” They are solidly guitar rock a genre that although the mainstream has turned from still has a loyal fan base and has seen a bit of a rebirth in the small clubs and bars of LA. There were a few extra special treats for those in attendance Tuesday night namely a Slash guitar solo which easily topped 15 minutes and a guest appearance by Duff Slashes old GNR bandmate. Will we see more Guns N Roses in the future? It seems like a real possibility. 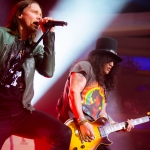 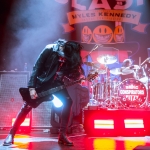 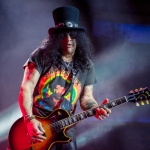 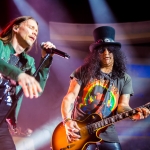 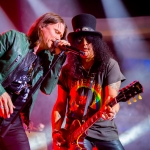 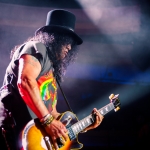 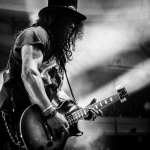 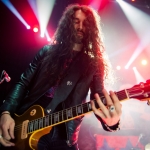 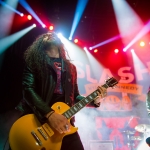 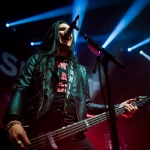 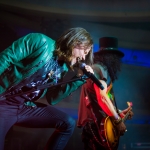 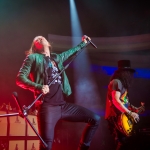 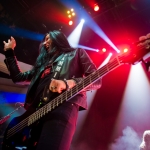 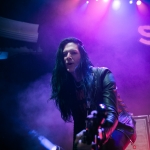 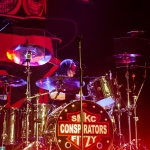 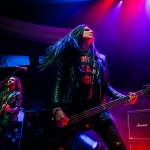 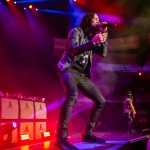 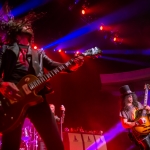 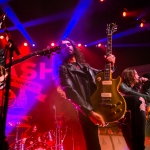 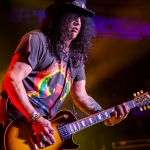