Kikagaku Moyo, “geometric patterns” in Japanese, took the packed sold out crowd at The Regent on a wild trip Wednesday night. Still riding the waves of October 2018’s Masana Temples, Kikagaku Moyo is in the final home stretch of their North American tour before they do a stint in Europe this summer.

“Masana” is a fictional word created by Kikagaku Moyo to express a utopian feeling; an existence where everything can interact harmoniously and offer inspiration and understanding. Their fourth album Masana Temples radiates this vision, architecting a vibrating world that isn’t confined to the known limits of what came before it. With their acid folk and krautrock sounds dripping with sitar drone and fuzzy guitar, listening to Kikagaku Moyo’s music is an escape into another world entirely.

In the middle of the set, electric guitars were swapped out in favor of an acoustic and a cello. Drummer/vocalist Go Kurosawa took center stage while Daoud Popal receded to play percussion. The crowd hushed. Kikagaku Moyo played a few songs this way, including “Cardigan Song.”

While their Stone Garden EP was full of beautifully floating improvisations and 2016’s House In The Tall Grass tended towards hushed dreamstates, Masana Temples is sharply focused and clear in its vision in a way that feels unlike any of Kikagaku Moyo’s earlier sounds. In their time since forming in Japan in 2012, they’ve explored the world geographically and sonically and come back with this distilled receipt.

This laser sharp focus was on display during the set. Their nonverbal communication enabled them to meander through jams and draw out songs such as “Dripping Sun” before coming back into their groove with precision. 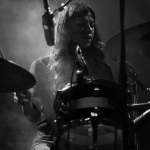 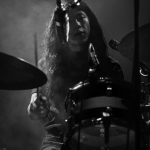 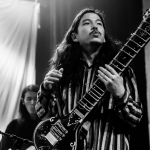 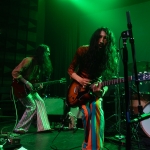 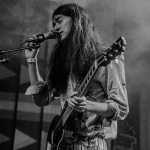 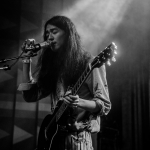 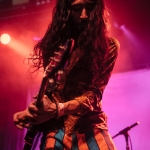 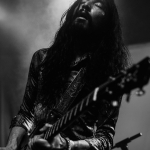 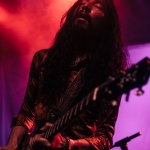 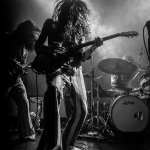 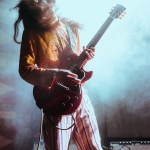 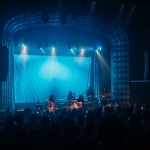 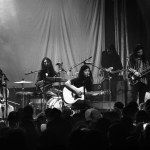 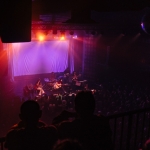 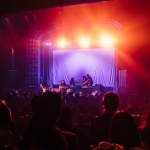 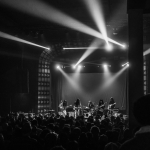