Noname—the stage name of Chicago rapper and poet Fatimah Nyeema Warner—ended the American-leg of her Room 25 tour Friday night at the Observatory North Park with a soul-warming set. With the kind of kinetic, groovy raps—a constant, enlivening call-back to her slam poetry days—Noname is an elusive genre-weaver that refuses to allow herself to be pigeon-holed in any way, shape, or form. Her raps are classified as such in inflection alone; bouncing around from word to word with a gushing sentimentality, Noname maneuvers her spoken-word-related intimacies through a variety of meshings of gospel, hip-hop, and smooth jazz. Not only does she transform everyday troubles into moving cruises through life in Los Angeles—but she also masterfully sews into the fabric of her songs sharp, personal commentaries on race and identity.

At the Observatory North Park on Friday night, the 27-year-old artist gave what very much felt like a slam-poetry performance backed by her phenomenal live band and backing singers. And that just speaks to the intimacy Noname’s songs permeate into the atmosphere when she’s performing them. She opened the night with “Self”—an appropriate introduction to the rapper-poet and the head-space she found herself in when creating Room 25. “Maybe this the album you listen to in your car when you driving home late at night / Really questioning every god, religion, Kanye, bitches,” she sings at its inception—and the funny thing is, she’s not far from the mark. The album might’ve come from a place of uncertainty wrapped around an existential crisis—as all great debuts seems to be—but onstage Noname illuminates another thematic premise: the exaltation of the self.

Noname swallows a stage. What feels like miles behind her a band paints all the textures of her beats—a canvas for her raps to romp through—but at the end of the night it’s Noname up there in a very noticeable amount of empty space puncturing syllable-by-syllable little, post-it-sized stapled rhymes onto the foreheads and hearts of everyone in the room. And it’s refreshing, from her candid approaches to everything from religion to sex—to her eviscerating, under-the-microscope asides on racism. From “Blaxploitation” and it’s brutally cutting, in-your-face exposures of the African-American condition, to “no name”—a funky, string-led rumination on her identity—from the stage Noname manages to cast a wide-net that never allows an ounce of pain or hope to slip through her tender croons.

If this isn’t a budding artist coming into their own, we don’t know what is. Every second of her show was moved by the simple authenticity of her raps, linked as much by her own personal stake in every spoken word as they were by the audience’s. There’s a communal feeling to her struggles and triumphs—and Noname isn’t shy in sharing that immense, warm sense with her fans. And my goodness we are lucky for that. 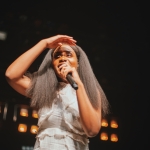 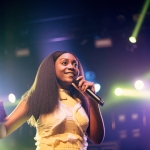 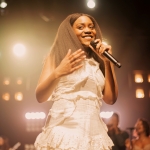 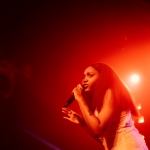 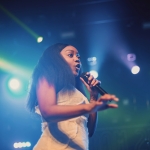 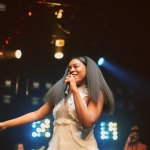 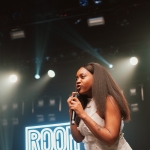 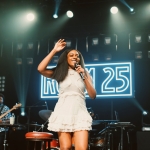