José González just completed his first ever extended tour of North America with The String Theory, an experimental European chamber orchestra. Like many creative art projects, The String Theory started off as an idea by a small group of creatives, and has now grown to include a large collective working with a bunch of collaborators. Eleven of González’s songs including his two famous covers of The Knife’s “Heartbeats” and Massive Attack’s “Teardrop” were rearranged by the composer PC Nacht who also conducted the 25 person orchestra.

The String Theory is made up of traditional orchestral instruments like violins and clarinets along with a chorus but it also includes an experimental percussion element with sheet metal and other random materials, electronica and non traditional instruments including a large drill which Nacht played like a guitar during one of the heavier songs and which added a dentistry subtext for anyone sensitive to that sort of thing.

José González is described as an Argentinian Swedish indie folk singer/songwriter guitarist. That may be accurate, but he was also raised by academics and his music reflects his heady upbringing in Sweden. His soft voice is delicate without being feminine and the choir really was a beautiful addition to his tender songs which sound like night drives or rainy afternoons.

José González and The String Theory’s live show has been preserved on a limited edition vinyl box set (750 copies) Live in Europe with a bunch of goodies included and the show pretty much follows the albums format with one or two exceptions.

In LA, this unique show was perfectly housed in the beautiful Los Angeles Theater which is a work of art unto itself and many of the audience spent time before the show exploring its extravagance however everyone was required to be in their seats by 8:30pm (although the show started a little late) and no one was allowed in-or-out during the first 10 minute song of the night “What If.” The show started only with a rustling/rainy sound created by the orchestra crumpling plastic bags under dark blue lights.

For the most part The String Theory added an interesting dimension to Gonzalez’s mellow work but there were moments particularly the cacophonous encore that tested the patience of the part of the crowd who were there for “Heartbeats” and “Teardrop“. 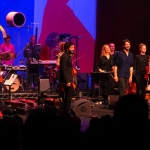 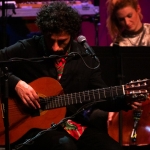 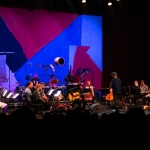 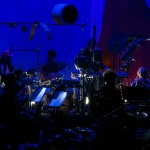 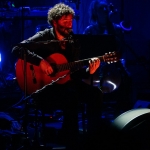 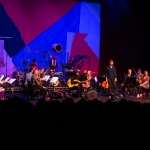 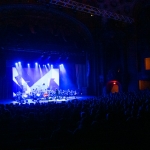 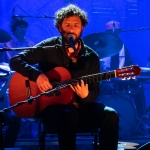 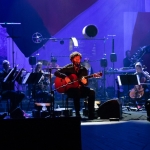 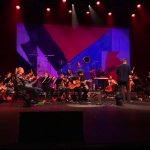 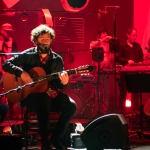 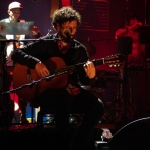 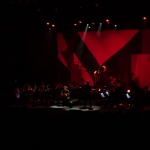 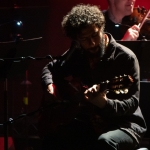 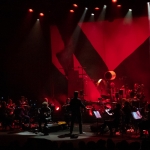