When invited to a show put on by a fella named Shitshow your curiosity should demand that you attend because it’s likely going to be noteworthy. When that fella also is known for his live music photography you can be assured it’s been well vetted.

Saturday night at The Factory, a punk d.i.y. warehouse venue, was such an event. There was one band on the line up that absolutely called for some photo coverage. Glitter Wizard, as their name implies, the band are super glam and metal/prog/heavy with some punk thrown in for good measure. Unabashedly over the top in head-to-toe zebra print, dripping with bedazzlement and a leave-nothing-to-the-imagination leotard were paired with magnificent mustaches, mullets and hairy chests.

Following an introduction by a version of Macho Man Randy Savage, Glitter Wizard’s set was high energy from the start and did not let up until lead singer Wendy Stonehenge sashayed off the stage. The leggy Stonehenge was joined by Lorfin Terrafor on guitar and high kicking Kandi Moon on bass. Low key(boards) in the corner you could find Doug Graves and holding it all together Fancy Cymballs as you might assume on drums.

We are just going to go out on a limb and say these are likely not their given names or they had very interesting parents although really neither can be completely ruled out.

Glitter Wizard puts on a super fun show that manages to be over the top and wild while being serious musically and it all just works. 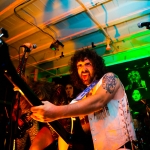 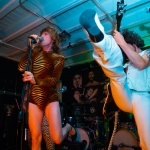 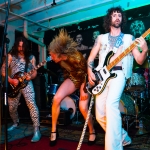 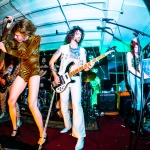 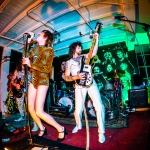 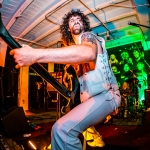 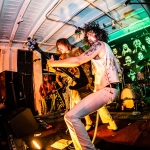 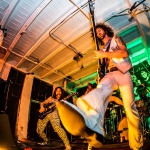 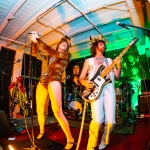 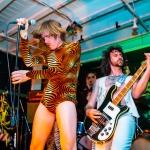 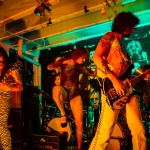 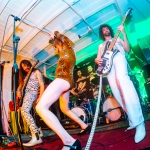 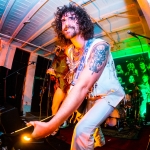 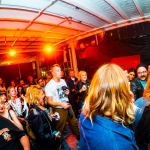 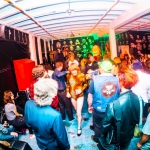 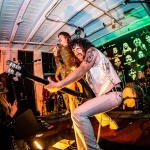