When it was announced that Empire of the Sun’s stop in Los Angeles would take them to the Fonda Theater, it was hard to process the sheer magnitude to which the band would have to shrink down its colossally theatrical live show to fit the venue. And yet Luke Steele and company managed to do just that, refitting their set for the intimacy of a theater venue without sacrificing the kind of visually opulent show the band is known to put on.

Flanked on all sides by a large screen that transmitted all kinds of mind-tripping, otherworldly landscapes and standing behind his familiar throne, Steele delivered a round-up of the band’s biggest hits across their three album discography. Joined by back-up dancers dressed in the fashion of their first album and wearing his still iconic shimmering headdress, Steele still retains this air of severe elegance onstage—playing the band’s songs as much as he is this character within the electronica-opera unfolding around him. And it’s that intense commitment to their performance that makes Empire of the Sun—no matter how many times you see them—this dynamo of energy that just consumes you in all its synth-pop, glam-electronics wrapped in a sci-fi fantasia.

Walking on a Dream still holds up seven years after it was first released. The album filled with songs that—regardless of the weighty nostalgia they carry—are powerfully kinetic, dance-ready anthems that drive their electrical currents of synthesizer-fueled sonics right into your nervous system. The album’s titular song, along with “Half Mast” and “We Are the People,” never fails to introduce the kind of sonic-boom required to get a crowd raging almost unconsciously to their shimmering melodies. And Steele, strutting around onstage wielding his guitar, is the conduit through which all that energy and sound flows. It’s him the crowd fixates on, a silhouette against the LCD screen visuals behind him and the blur of dancers around him—an Emperor of some ethereal, far-flung into the stars realm from which his music flows—a regal conductor that for however long is onstage the crowd obeys. 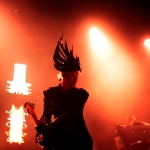 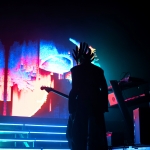 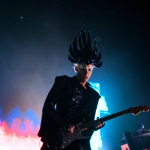 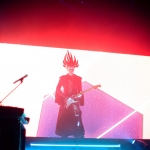 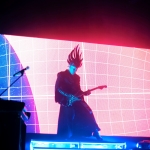 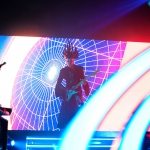 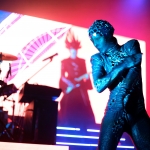 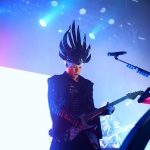 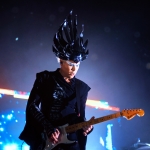