You know you made the right decision about what show to go to when Dave Grohl and Josh Homme are in attendance along with a herd of teenagers. Australian natives, The Chats,  had a lot of questions for their sold-out audience at The Regent, a show that had to be moved from The Echo due to popular demand.

The Chats opened their set at the Regent in downtown Los Angeles to a curtain opening to the Rocky Theme revealing a banner explaining who they were and soon followed by asking questions before songs like: Who has an STD? Who has ever had Chlamydia? Who has had a lung infection?

The Chats exposed a new generation to the old punk tradition of not giving any fucks. They also gave the all ages audience some sage advice: “don’t buy drugs off the internet it leaves you very vulnerable to identity theft and for the record the clap is easily cleared up and lung infections are not as fun.”

The Chats are everybit Gen Z, they made a name for themselves with an unintentional viral video for their song “Smoko” about being on a smoke break so not to be bothered and like the Gen X’ers and 70’s punks before them they don’t care what you think about them which makes them perfect for carrying the punk torch.

In the middle slot were Tommy and the Commies who are really hard to nail down. They have an old school punk sound but are a new band but with band members who are old enough to be old school punks. The kids in the audience bought what they were selling and lost their minds in mosh pits their whole set.

Opening the night were true old school punk rockers Tenement Rats who put on the most energetic show of the three bands of the night and continued to be seen through out the night keeping the energy flowing.

The night ended with The Chats giving the crowd an encore without putting on the “charade” as they called it making them ask for it which was way more punk than them writing “Fuck” “You” in tape on the back of their guitars. But not before two audience members were pulled on stage and a marriage proposal was made. She said Yes. It will remain to be seen how these internet sensations weather their success, and how that marriage works out, but the kids at The Regent had a great time.

And Dave Grohl! If you need a buddy to go to shows with, call me. 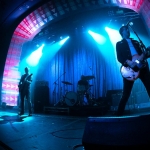 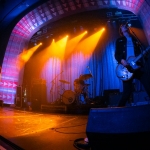 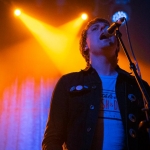 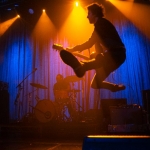 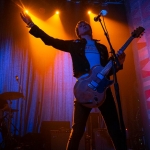 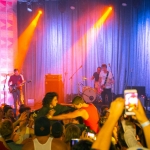 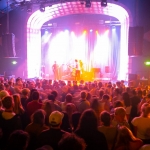 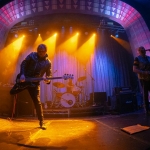 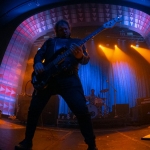 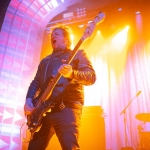 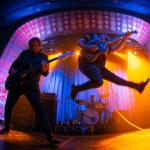 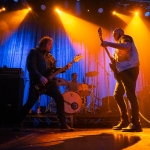 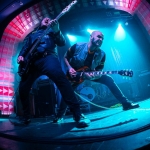 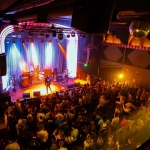 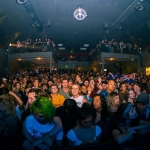 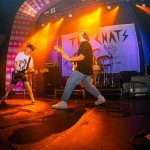 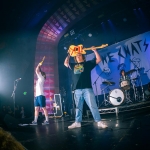 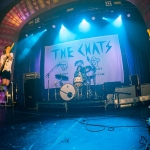 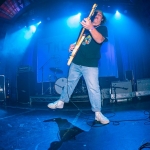 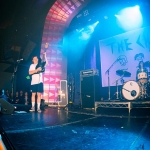