Bands come and go. We all have our favorites that we wish we could hear one more time. For many who witnessed the original California punk scene back in the 70’s The Dils were one such band. Although founding brothers Chip and Tony Kinman were musical partners for many years The Dils existence was as brief as one of their songs that however, like their songs, did not keep them from making an indelible impression.

For years Chip and Tony focused on the future through bands like Rank and File, Black Bird, Cowboy Nation and Ford Madox Ford. In the Spring of 2018 as Tony was diagnosed with cancer and it was taking him quickly. Although Tony gave Chip his blessing on reviving their old music telling him to “rattle his bones” if need be Chip still wasn’t  completely sold on the idea of going back when all he ever did was look to do something different. That’s where Giuliano Scarfo Chips’s son and gifted guitarist of Ford Madox Ford came in.

Scarfo had grown up with The Dils in his head although he would not be born until about 15 years after The Dils last show and pushed Chip to consider a resurrection. The job of filling in for Tony on bass would be given to Scarfo’s best friend and long term bandmate Brian Melendez. So with Melendez on bass and Kinman in his regular guitar and vocals that left Scarfo on drums, the only issue being he had never played drums before. That proved not be be a problem in a few short months Scarfo’s enthusiam won Chip over and The Dils were ressurected and playing their first shows in 40 years in Chinatown in LA and the Casbah in San Diego. They also made their way to Vancouver tragically missing seeing one of the origional drummers Zippy Pinhead who died only a few weeks before the show.

The new Dils then went on to punk rock bowling in Vegas then Alex’s in Long Beach and their final show was a sold out show on July 20 at The Bottom of The Hill in San Francisco. The venue was packed with an old school reunion of punks many of whom likely have not seen each other in almost as many years as Scarfo and Melendez’s combined ages. You could see the room transform from baby boomers to young punks as the music of The Dils transported them back to days lost. We all can only hope our lost favs will be so kind as to reunite for us forty years from now.

In addition The Dils show, Kinman recently joined a panel of his old pals: Jane Wiellin (The Go-go’s, Peter Case (The Plimsouls, The Nerves), Jef Drake (the Joneses), Photographer Theresa Kereakes and the most boisterous of the bunch Pleasant Gehman (The Ringling Sisters, the Screaming Sirens) at The Swedish American Hall to discuss the good old days in a panel called “WAR STORIES: Tales of 70’s & 80’s Punk Mayhem Told By The Perpetrators Themselves”. It was produced by Gehman, and Kereakes co-curated the event and it was moderated by journalist Michelle Villegas Threadgould who often lost control of the discussion which flowed from stolen cars, shop-lifting to lots of drugs and bank robbery. The audience could not get enough of the rebellious stories of youth and recklessness perhaps to remind them at one point all the things they worry about now they didn’t give a shit about then.

While Kinman tried to honestly recount what the scene was like, the music and how it all came to be Gehman and Wiellin remembered all the different characters in their lives. Case was quiet but delivered hilarity on the occasions he did chim in most notably telling a story about Dance Machine a band he made up to book at fraternities-he auditioned the members and there were 4 simultateous versions of the band-why book a band for just one house party?

The old punks of San Francisco certainly had a trip down memory lane that weekend and it included some young punks to make sure the spirit of rebellion lives on. 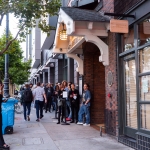 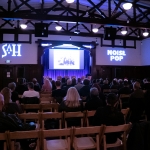 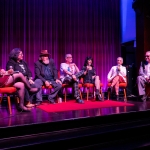 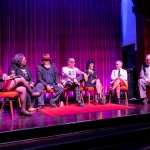 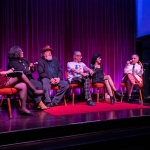 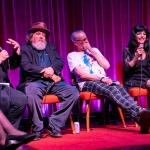 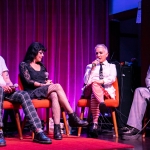 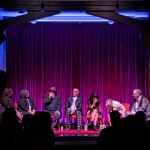 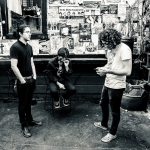 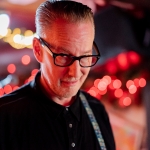 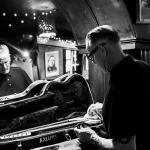 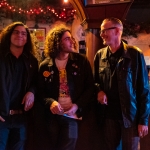 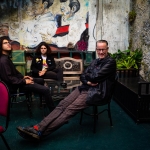 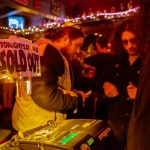 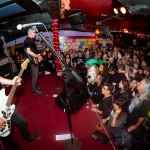 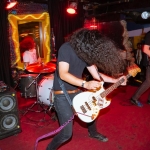 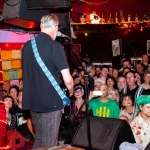 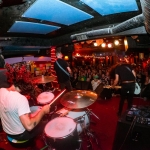 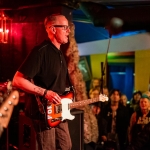 One thought on “WAR STORIES: Tales of 70’s & 80’s Punk Mayhem Told By The Perpetrators Themselves, featuring The Dils”