The Greek Theatre has had quite the concerts calendar lately. The streak was still going strong this past Monday night with the exceptional Daniel Caesar. The GRAMMY award-winning musician sold the show out with little to no hesitation. When this show and a massive tour were announced at the end of June, they were so slyly partnered with a surprise album! Daniel Caesar dropped his new record, CASE STUDY 01, which serves as his second full length album since his debut Freudian back in 2017. The wild accomplishments in the industry that he’s made thus far are largely in part to his ability to create beautiful music.

The show began with some self-proclaimed “sweet reggae music” by Koffee. The 19-year old was accompanied on stage by an acoustic guitarist, bongo drummer, and backup singer/dancer. Her voice definitely impressed the crowd and had them warming up quite nicely for Daniel.

Once it was the expected show time, lights shown on a projection screen that filled most of the back end of the stage. Huddled in the corner, Caesar was spotted making his way to the center opening and the crowd went nuts! His fanbase has grown so much since his early EPs. With the music starting up, the band went right into “CYANIDE”, which is the first track on the new record. The whole album has such a different styling than his previous, with some more headier subjects covering spirituality, life and death. “CYANIDE” is a strong take on sexual energy. Where other songs of his have ideas on romance and sweet nothings, this song differs greatly. Taking to his Jamaican roots, Caesar shows a different side to his musical stylings. Hey, we still love it! The crowd was instantly swaying along and singing back along at him.

Feeling already well acquainted after that first song, Caesar welcomed the crowd and invited them to enjoy the rest of his show. He followed up with the super sweet and hopeful, “Love Again” which is his duet on the record with fellow award winning R&B songwriter and musician, Brandy. The two created such a beautiful song together about finding love again within a relationship. Brandy was also not the only collab on the record. Caesar also took to other friends such as John Mayer and Pharrell on the songs, “FRONTAL LOBE MUZIK” and “SUPERPOSITION”.

The show carried with mostly new songs, with the necessary exception for the past favorites. It was a trio of back to back favorites with “Get You”, “Best Part” and “Blessed” towards the very end of the set.

Daniel’s tone and true gift at supple breathiness are beyond beautiful.

The entire crowd were singing along word for word, including the theatre’s employees! Music remains universal.

Once the show initially ended and he thanked the crowd again for coming and giving him such an indescribable feeling, he did come back out for an encore of the beautifully heartbreaking song “Japanese Denim.” Phone lights waved back and forth, and everybody left with smiles on their faces. 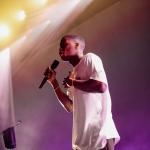 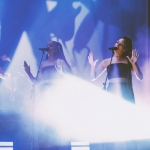 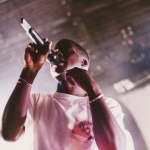 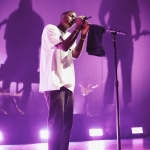 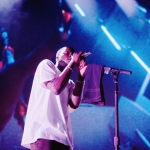 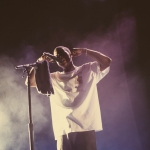 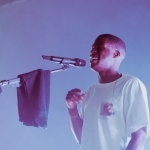 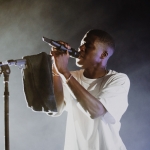 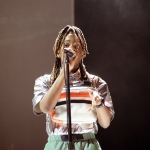 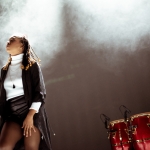 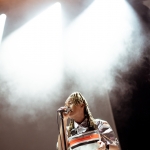