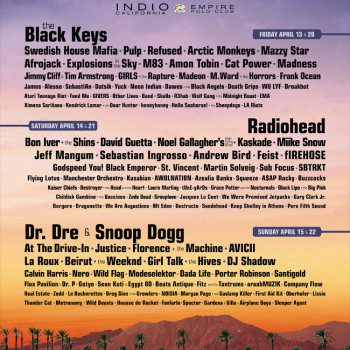 Oh, hey look, the 2012 Coachella(s) line-up has been announced. Some amazing bands/artists on the bill this year — most who we have seen more than once. We’re very happy that Keep Shelly in Athens made it on the bill for this year’s Coachella. We presented their Los Angeles debut at the Roxy back in November. […]