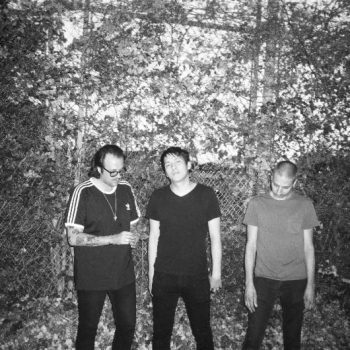 In the realm of post-punk, Cold Showers live up to their name. A douse of this local trio will shock your system. The band has been grinding around Los Angeles for many years, and their gothic and noisy style has been a constant throughout their career. After a recent re-pressing of their debut LP, Cold […] 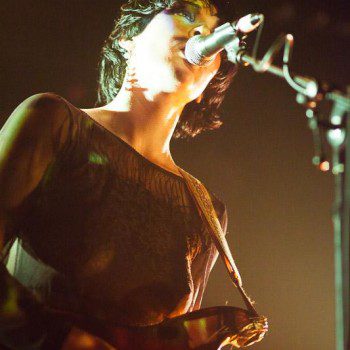 Wax Idols headlined the Echoplex last night with support from Cold Showers and Dream Boys! Sadly, the Mallard were no-shows. Regardless, it was a rad show. These Was Idols babes are badass. They have a new album out, Discipline & Desire, you can purchase it here! Check out our photo gallery below! Photography: Monique Hernandez Wax Idols […] 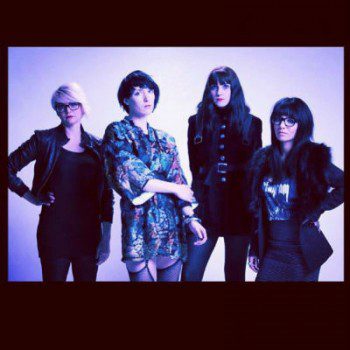 Oakland’s post-punk upstarts Wax Idols headline Part Time Punks at the Echoplex on Sunday, March 31. The group’s sophomore album, Discipline & Desire, drops this month on Slumberland Records – be one of the first to hear the dark, new tunes live!  Supporting acts are Cold Showers, The Mallard, and Dream Boys. The night’s event starts at 10:00 […] 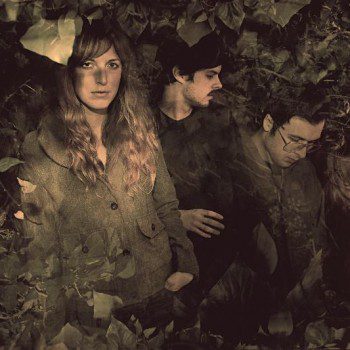 One of our Los Angeles post-punk favorites, Cold Showers have released a new music video title “BC.” The song’s taken from the band’s new album Love and Regret, released this past October by Dais. Directed by Brian Davila, with a cameo by Andrew King (Crystal Antlers), the video is an homage to films such […] 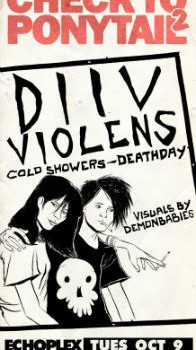 Contest: Win Tickets to Check Yo Ponytail 2 with DIIV and Violens at the Echoplex (October 9, 2012)

Check Yo Ponytail will be poppin’ with DIIV and Violens headlining a night at the Echoplex on Tuesday, October 9.  Usher in the Autumn season with the dance floor vibrations of some of Brooklyn’s finest – the dreamy shoegaze of DIIV and the guitar fueled psych-pop of Violens.  Cold Showers and Deathday also lend their musical support […]

Cold Showers almost popped the roof off the Satellite up into the sky with their loud and proud, post-punk radness. Opening up for La Sera, the fairly new Los Angeles band who is working on their debut album—really impressed the crowd. Frontman, Jonathan Weinberg had a mysterious geek-chic-ness to him as he swayed around the stage […]

La Sera at the Echo – Photo: Ivette Orenos Katy Goodman of the Vivian Girls has loads of musical projects happening! Besides her side project All Saints Day, she also has her solo act as La Sera. While her regular gigs in the Vivian calls for sounds of ’60s girl pop, with La Sera […]