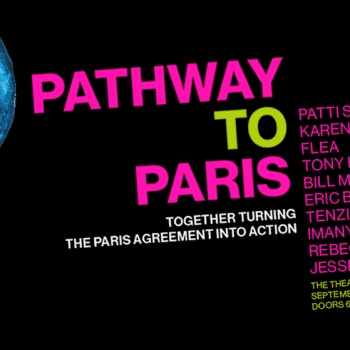 Don’t Give Up Hope Yet: Pathway to Paris is coming to the Ace Hotel on September 16th

This may come as a shock, but there is still some hope left for the planet after all. The Paris Agreement was adopted by 195 countries in December of 2015, and then, a year-and-a-half later, the Drumpf administration sent a formal notice to the UN announcing that the US would withdraw. The agreement has little […]