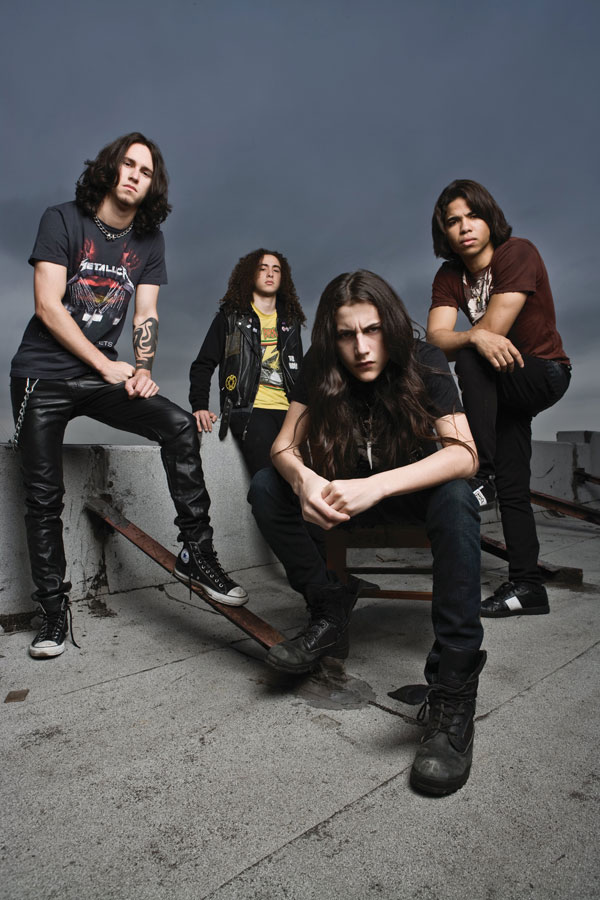 So I get out of a nice hot, steamy shower this evening, and normally I would play some tunes as I pamper my skin with some yummy lotion. But this time, I turned on the tube and there was this sick lil metal band performing on a previously taped Jimmy Kimmel Show. These kids were rocking out! And it didn’t hurt that they were easy on the eyes. What can I say, I love long hair and I also don’t mind them young.

Black Tide hail from Miami, (yeah, a metal band from Miami … weird )and have just dropped their first full album, Light From Above, off Interscope records. Damn! Barely legal (well almost), these boys are already on a major label and touring internationally. It takes some bands albums and albums to reach the grounds these kids are breaking. They’re pretty much on their way to being the biggest rock/metal sensations since their buddies Avenged Sevenfold (but rest assure, they don’t wear silly make-up). Oh, and for all you groupies and cougars, these young bucks are single and ready to mingle.

Check out their newest vid. Some thrashing not only on the guitar, but skateboards and partying. I’d embed it, but Universal is being gay.

One thought on “Black Tide”