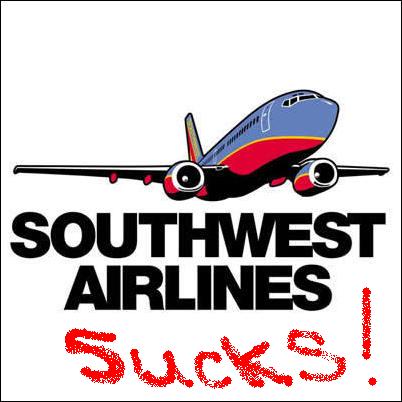 I don’t know how many years it’s been since I’ve flown this degenerate airline, but I hope I’m never subjected to it again. I always fly United (for the most part) and now I know why; for the quality of service and not feeling like a 3rd world immigrant cruising around on a over loaded vehicle with some chickens and goats.

I won’t fly this flying city bus ever again.

4 thoughts on “I Loathe Southwest Airlines”