Awe man, I still remember the first Vegoose in 2005 and how much fuckin’ ridiculous fun I had. Imagine 24-hours of music for 2 whole days in a row (it expanded to 3 days). People were dressed up in all sorts of crazy costumes as it is a Halloween weekend. From the fans to the musicians, it was a freak fest. In fact the photo header at the top of this blog I shot there (Flaming Lips bassist, Michael Ivins). The festival would end around midnight, you’d head back to your hotel, fuel up and be back out for a night show at a venue like the House of Blues by 2 am. Definitely one of my top 5 music festivals.

But, sadly, according to Reutters, The Las Vegas music festival Vegoose will not take place in 2008, one of its producers told Billboard.com. 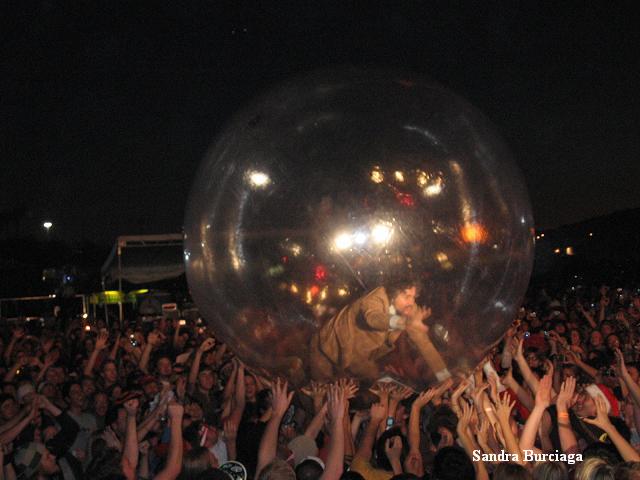