Well isn’t this nice … free drinks till the $5,000 bar tab runs out and you get to party with Greg Lutzka. The idea behind this film is to be a party scene for his upcoming video part on the new United by Fate video by Globe. They’re filming a bunch of different skits and it sounds like a ton of fun, but you gotta be 21! 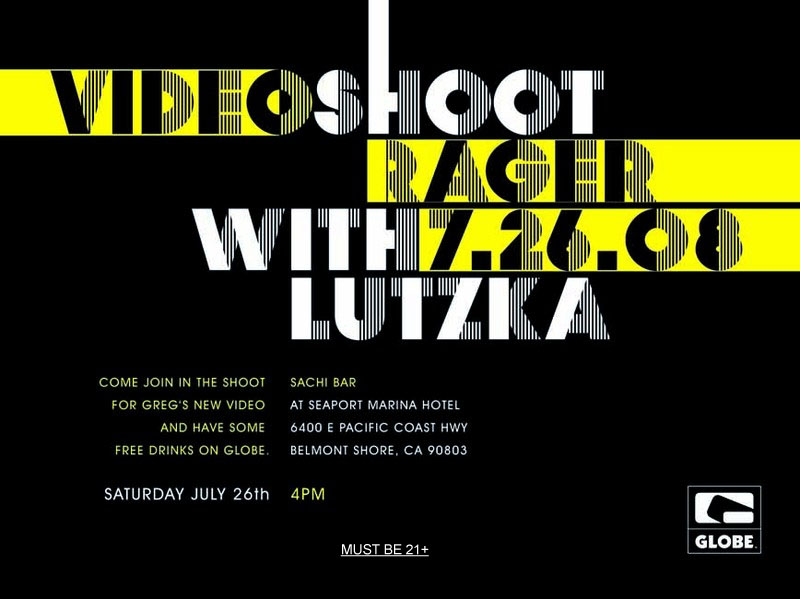