These crazy kids are nothing but full throttle fun with their 60’s garage, punk inspired tunes. Spawning from Nebraska, where there isn’t much to do, looks like Brimstone Howl focused all their energy into their music to thrash the crowds before them: wild guitars, smashing drums and animated vocals to match.

Yet another awesome band off Alive Natural Sound Records, who’s debut album “Guts of Steel” was also produced by The Black Keys’ Dan Auerbach. Well now these kids are set to release their sophmore album, “We Came in Peace” this coming September 2. The band recruited legendary producer Jim Diamond to man the sound boards with his undenying skills. Check out their new track “A Million Years,” as it pretty much rips. With a U.S. tour this September, you can also catch the boys with the Electric Prunes, August 8 at Mondo Hollywood. The shit’s gonna be good. 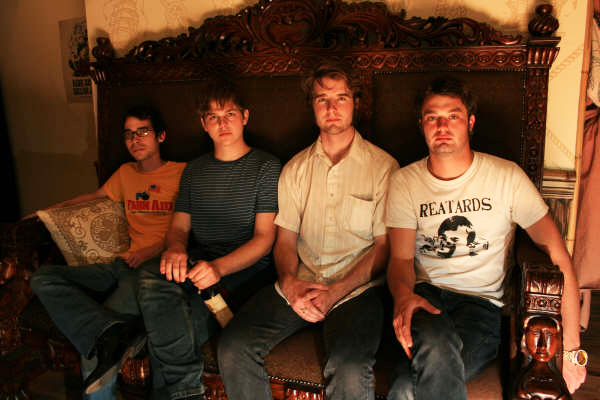 One thought on “Brimstone Howl”