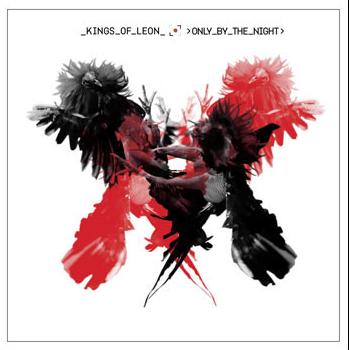 I remember my girls and I used to chill with a fun group of guys a few years back in my wild San Diego days. Whenever we chilled with them, it was always a circus. They were unique and quite the tastemakers. I recall them sporting their moustaches and grizzly beards way back when it wasn’t a hipster thing, and listening to all the sickest blues inspired tunes. Traveling to various music festivals with them from The Jazz Fest in New Orleans to the 1st annual Vegoose, everything was an adventure. It was them that turned me onto The Kings of Leon.

Their new album “Only by the Night” drops September 23, but you can have a listen to the entire album on Last FM (which I highly recommend joining). Listening to this album a couple times, I couldn’t help but wonder what my ole group of guy friends thought of their new sound: cause lord knows I think it’s rubbish.

It’s as though they traded in their raw Southern garage rock style for some watered down pop-rock. Reminiscent of 90’s slow rock sensations, it’s the kind of music that your high school color-guard team would listen to as they huddle around in their fatty essence during lunch-time. Looking back at their most famed album Because of the Times, “Charmer” was bad ass! Take it down a few notches and you have “Knocked up” making for some slow coolness, with a focus on some sweet instrumentals. But this new shit, it’s not as gritty and certainly not unique. I think it’s rather poopy, oh excuse me, I meant to say “poppy.” I can honestly say I didn’t like any of their new songs. “Closer” is like some atmospheric R&B and I hate R&B unless it’s coming from the man Marvin Gaye, who’s got a bit of it in his music. But to each their own, they’ll probably gain a larger, broader audience but loose the fans that originally sought them out for that gritty garage rock of the South, with a side of hillbilly twang music they initially put out before far too many “suits” came into the picture.

2 thoughts on “Kings of Leon – Only by the Night”