Let’s get some grimy, gritty, toughness back into skating. The Maloof Money Cup is coming through the OC Fair groundS once again. It’s time to vote for their Wild Card entrants and you best CAST YOUR VOTE! The North County homie, Brian “Slash” Hansen is on the list! Vote for him ASAP!

And while you’re at it, pick up the new issue of Skateboarder. They have a pretty sweet lil one-pager with Brian. He talks about going pro, riding motorcycles, his nickname, bringing “tough” back into skateboarding and filming, among other things. 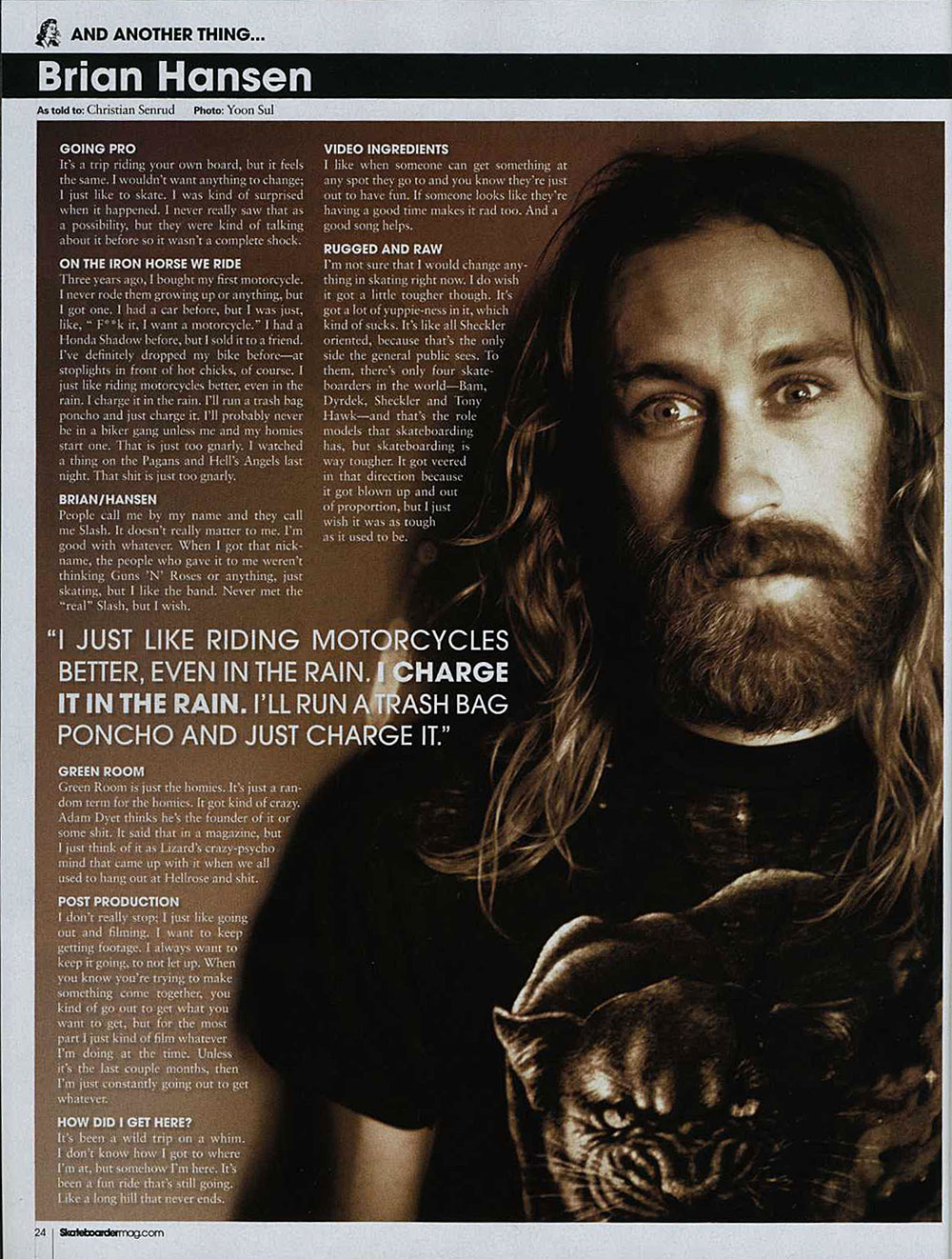