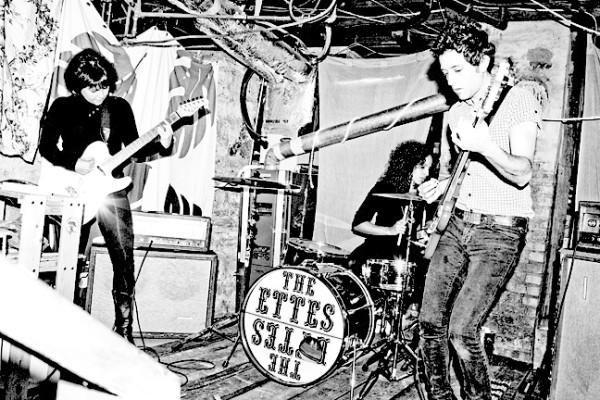 I’m still pondering how it took me some five years to hear about this bad ass band, The Ettes. I came across their new EP, Danger Is just a couple weeks ago, featuring guitar God and epic crooner Dan Auerbach on two of their tracks. You can hear Auerbach’s fuzzy basslines that so easily complement the hard sound of “No Home.” While on “Lo and Behold” Auerbach twiddles those guitar strings with his magic touch. Consisting of three more tracks, two of which are live, The Ettes leave you with a mean craving for more of that vivid sound.

The heavy bass and drums, combined with front woman, Coco’s sexy sultry voice, makes The Ettes stand apart from most female fronted bands today that tend to play more with keyboards and drum machines of the electro persuasion. Love both styles, but The Ettes are just a little more raw and a little more punk. It’s like Nancy Sinatra teaming up with The Stooges.

5 thoughts on “The Ettes – Danger Is”