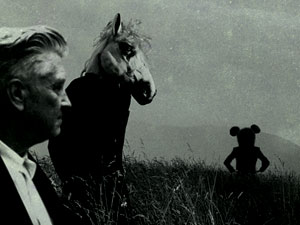 If these amazing songs ever get released, Dark Night Of The Soul should not only get an award for its unique and creative compositions, but for being the collabos of all collabos. From iconic musicians, musical masterminds and one of the best directors of the silver screen, Danger Mouse and Sparklehorse’s Mark Linkous have rallied up a pretty sweet album. With the two writing and producing, the album also features the talents of James Mercer of The Shins, The Flaming Lips, Gruff Rhys of Super Furry Animals, Jason Lytle of Grandaddy, Julian Casablancas of The Strokes, Frank Black of the Pixies, Iggy Pop, Nina Persson of The Cardigans, Suzanne Vega, Vic Chesnutt, David Lynch, and Scott Spillane of Neutral Milk Hotel and The Gerbils. But what role does famed film director, photographer, artist extraordinaire David Lynch play?

Read the full article at NPR Music and peep the album. They’re streaming the entire eclectic mesh of tunes from start to finish. Listen while you can, the tracks just might not be released due to some record label drama.

As for the album as a whole, it’s awesomely unusual. Sweet, strange, sexy lyrics with a dark sound to complement it’s eerie feel. I dig it.