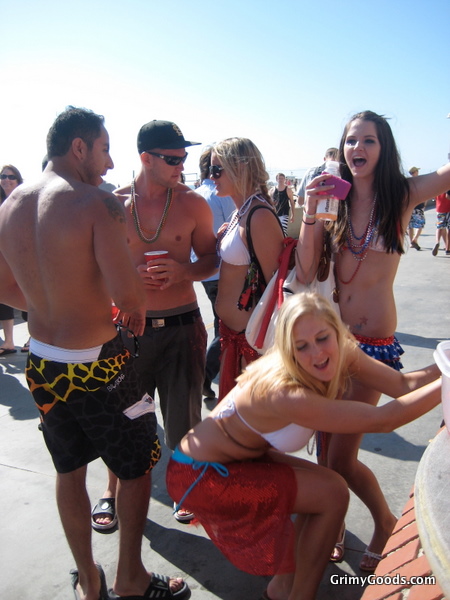 Fourth of July, the day this great country we live in got it’s Independence on. But for many Southern Californians, including myself, it’s just another excuse to get drunk and crazy on the scandalous sands of Cali. Formerly living in San Diego for some nine years, I was accustomed to probably the craziest Fourth of July’s this great nation has to offer: PB (Pacific Beach). And this was back in the day when drinking on the beach wasn’t illegal! Now that I live in LA I got to experience the Fourth of July in Hermosa Beach which I was told is equally fun and just as crazy. Although I had an amazing time that went a bit blurry after sundown, nothing beats the madness in PB. After starting the morning right with some tasty Clamato Marys we then cabbed it to Hermosa and engaged in some drunken festivities at Hennesy’s, the Poop Deck and some house party on the strand. Shit was poppin’ and way too much fun! I didnt’ even let the flurry of douche bags and bros bother me too much. Needless to say it was a stellar day and for some unknown reason I just can’t seem to get the song “Mr. Wendell” out of my head. Hmmm . . .

2 thoughts on “Fourth of July in Hermosa Beach”