Brooklyn’s Neon Indian took the stage at the intimate KIA Soul Collective opening party this past Thursday, Nov. 5 at Siren Studio in Hollywood. As the opening show for a series of concerts all put together for the KIA Soul Collective, Thursday was a hot lil private event. Siren studio was packed and filled with sweaty hipsters. The open bar was flowing with cold beer and wines, as the cheese and fruit plates were always replenished. But next time, I definitely wouldn’t have any smelly fancy cheeses up in the mix. Although I’m sure they were delish, the place was so hot it reeked of stinky cheese! 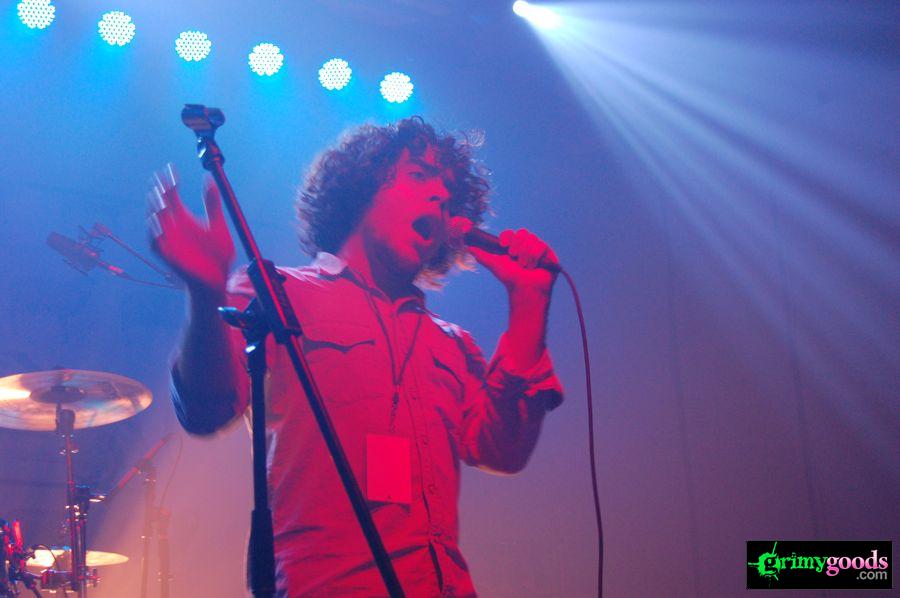 Neon Indian killed it though. As the elusive new project from composer Alan Palomo, Neon Indian’s debut album,“Psychic Chasms,” is a nostalgic medley of tunes resonating from the 80’s. It was a fun electro-rocking performance! I’m fooking forward to seeing them once again on Nov. 20 at the Echoplex.

Crystal Castles was the headliner of the evening but we had to skip out to catch come Dinosaur Jr.! More on that later.

Check out the photos from the show below and stay tuned for some Diplo, Fool’s Gold, Janelle Monae, and Silversun Pickups! All from the KIA Soul Collective.

Words and Photos: Sandy B.