Here’s your chance to win a copy of the legendary Rob Machado’s highly anticipated DVD “The Drifter!” You’ll also get a bar of Rob’s own organic blend of surf wax, as well as a copy of the latest issue of FILTER, where there is a sweet “Drifter” feature. 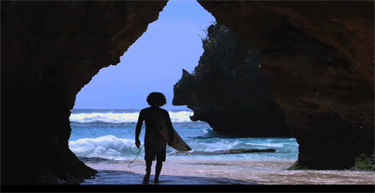 In the summer of 2008, iconic surfer and former Pipe Master, Rob Machado, flew to Indonesia to experience a different kind of surf trip. The journey ultimately took him way beyond his comfort zone, where he was finally alone with his thoughts, desires and the empty perfection of an unnamed Indian Ocean reef. What he discovered was beautifully captured in the autobiographical film, “The Drifter.” The DVD will be released on Dec. 8 courtesy of Hurley and Warner Bros. Records.

One thought on “Rob Machado – The Drifter Contest!”