What’s the difference between Nouvelle Vague and you average dive bar cover band? Two hot French chicks! When I caught Nouvelle Vague a couple weeks ago at the Fonda Music Box, I was excited to see this hot band that had received quite a lot of hype (especially for a cover band). Led by musicians Marc Collin and Olivier Libaux, the stars of the band are definitely the hot French chicks (what are their names) they have prancing around in tiny dresses and owning the stage before them as they sing some proper old school punk rock and new wave tunes.

While heels fly into the air and mics get tossed around, the leading ladies will serenade you with the sexiest versions of the Sex Pistols “God Save The Queen,” Dead Kennedys’ “Two Drunk to Fuck,” The Clash’s “Guns of Brixton,” and many more songs that spark that bad-ass punk nostalgia. 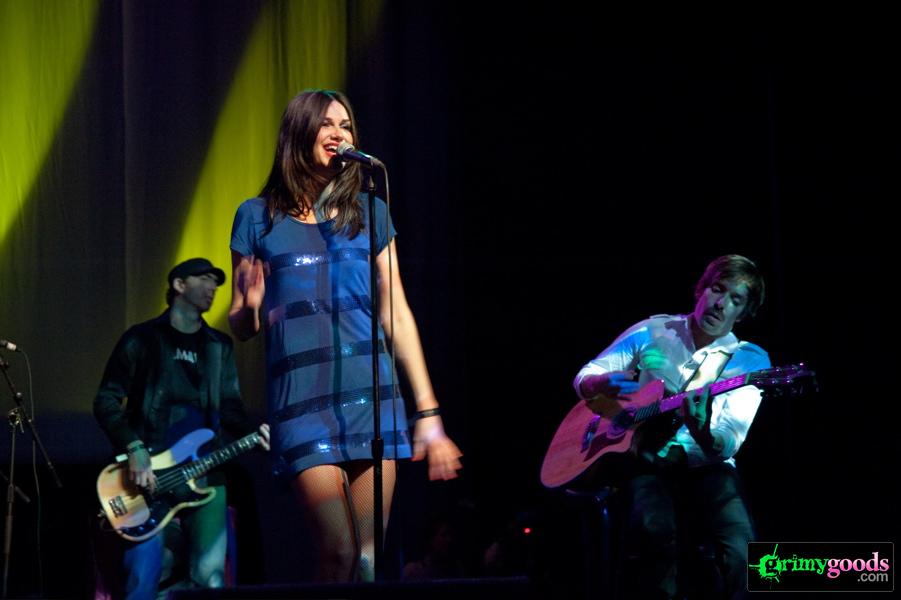 As much as I wanted to like this band, they failed a lil short of keeping my attention span (musically). Maybe it was because of the “cover band” factor, or maybe it was because I was craving some original rock and roll, or maybe it was because I felt like I was in Vegas (and I don’t care for Vegas), either way I really wasnt’ feeling them. Myself, along with many others I had spoken to come for the ladies! The French chicks are surely a treat to watch on stage. You get a flash of a butt cheek every so often and they’re gorgeous ladies. Smart move by Collin and Libaux to include these ladies into their act thus standing them apart from most cover bands. 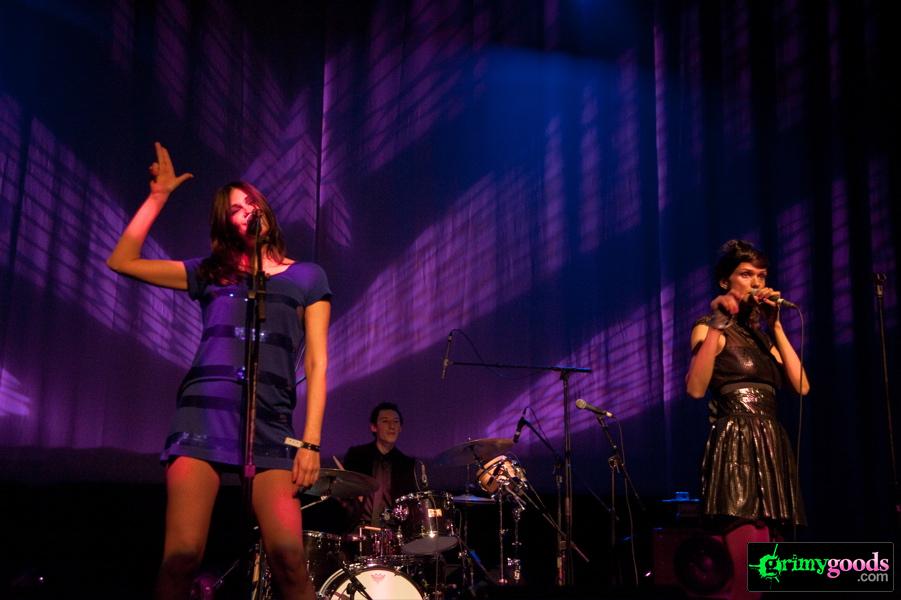 Nouvelle Vague needs to get a year long residency in Vegas! Because during their entire performance, I felt like I was a popular show at a Vegas Casino. And with chicks that hot prancing around and singing covers, they’re already show girls.