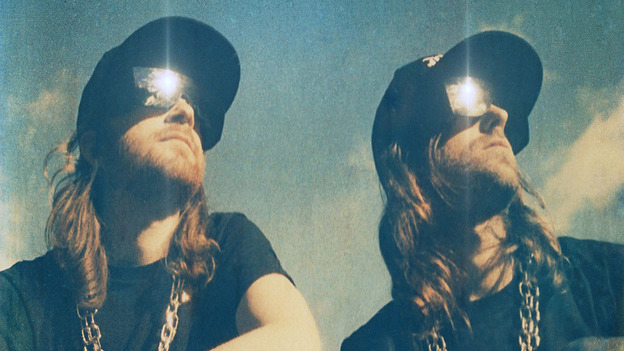 New York’s Evan Mast and Mike Stroud have sure given the Ratatat name a heavy work out. Through a wealth of genre-blurring buzz, three albums and two remix collections of pure late-night, college-party fuel, high-profile live slots, fashion show soundtracking, and a general line-walking acclaim between both the mainstream and indie camps, the duo has returned with their latest, aptly-titled “LP4,” for XL Records.

After the months passed from Mast/Stroud’s sophomore effort “Classics,” in 2006, the rash of blog-house was just starting to pick up steam. The Daft rebirth, The Ed Banger day-glo fist-pump and the Boys Noize brutality was all brewing and some of Ratatat’s “Classics” material fit right in, got remixed and was even sampled live (the in-mix growl of “Wildcat” was abundant).

Up to this point the Ratatat name was synonymous with a sort of modular, genre-crossing appeal leading to the release of 2008’s “LP3.” Rooted in the sound of (young) Brooklyn, the duo headed upstate to the Catskill Mountains on their third effort which hints at the act’s experimentation with tango, house, breakbeat, funk and folk, though, Stroud’s known guitar wail and the duo’s bobbing production ground the album in playing as something familiar. The band’s sound to this point seemed oddly in it’s own, rather thin group; it never ventured too far from the token middle and could always be recognized as a pulsing, breezy Ratatat number.

After a few listens to the latest “LP4,” the largest, screaming claim lands at timing. Compiled mainly from unused songs from the “LP3” sessions years before, what we have here is akin to the second disc to the aforementioned reissue album some ten years down the road and not a new, fully-imagined separate Ratatat effort. Barrel-scraping tactics two years later result in an album that mainly plays as something that’s groaningly familiar. Woozy waltzes, harpsichord-paired riff outs, (“Sunblocks” and “Party With Children,”) and lazy breakdowns (“Bob Gandhi”) trickle through most of these 12 tracks and for some reason; it took actual years for Mast and Stroud to share them with the world.

Opener “Bilar” is hardly a full song yet too jumpy to be a prelude; “Drugs” and “Sunblocks” are quintessential Ratatat style with an added club pulse, whereas “We Can’t Be Stopped” sounds like an attempt at making floating, background filler around it’s plain piano roll that’s almost begging at a mash-up with Dusty Springfield’s “I Think It’s Going To Rain Today.” On the throaty, Rahzel-inspired “Neckbrace,” we hear spacey synth waves played alongside late-night bubbling and there’s a shining hint at this being somewhat ‘new material.’

Highlights are few, though “Bare Feast” plays like an amusing backwoods electro-ed-up, redneck-sing-along, whereas the breezy “Grape Juice City” sways with a noticeable conga-line-like rhythm and ends with the chirping of birds.

Thoughts on “LP4” aside, Ratatat have managed to stay incredibly true to a sound that—for the most part—they nurtured since the humble days of “Seventeen Years.” Car stereos, roof-top/basement ragers and even a few of rap’s up-and-comers, are hugely indebted to the long-haired duo and this standing won’t soon be forgotten.

“LP4” may be a lackluster means-to-a-paycheck, though I truly hope Ratatat have something special up their future sleeves; another remix album seems very likely, though what would really help me to look past the above-album musings is some sort of bulky full-featured project; guest drops, a surprising live tour (lasers and a Lamborghini included) and—more to the point—a real harnessing of the wonderful Mast/Stroud studio skill.

These boys have gone from bedroom tinkers to commercial headline status and I know they can do better than calling this ‘their new album’ totally worthy of consumption by an average shipwrecked industry’s music fan. 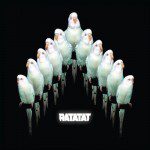