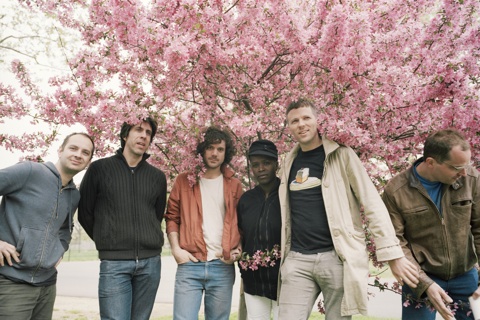 I probably listened to !!!’s (Chk Chk Chk) new album “Strange Weather, Isn’t It? ” about five times over before writing this review and with each listen I gladly found myself puckering my lips and bobbing my head like a duck on crack as soon as their second track “The Most Certain Sure” took its play. It’s full of funky vibes, psychedelic twists and bass thumps whereas opening track “AM/FM” is a bit more trancy and fit for a smooth intro. The party in my cerebellum continued into the next track “Wannagain Wannagain.” Adding some brass, percussion and heavy bass lines, this song has that exotic “shake your ass” element; close to that of a neo samba sound you may catch in a Brazilian bar.

As the majority of dance albums go, the tracks on “Strange Weather, Isn’t It?” tend to melt together making it hard to differentiate one song from another. They all have that funky disco element mixed in with some trance and a reoccurring selection of instruments, especially that funky bass guitar (which I totally love).

Although !!! have always been coined as a dance-punk outfit, their latest album brings out a more diverse realm of sound totally opposite of punk. Maybe some disco and funk, but not the raw, raucous sound and heavy guitars of punk. “Strange Weather, Isn’t It?” is full of those sexy luscious beats, taking much influence from the sultry sounds of blues and jazz, with a strong flavor of bossanova as heard in their song “Steady as the Sidewalk Cracks.” Whether you’re chilling at a lounge or working out, !!! has created one sexy album that will definitely get your body movin’ and groovin.”

If you dig Hot Chip, Delorean and Yeasayer, you’ll love !!! and their new album “Strange Weather, Isn’t It?” 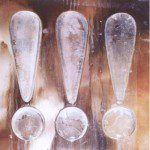