Thursday night was a dance party at Echoplex as !!! (Chk Chk Chk) and Honus Honus had the crowd grooving all night long. Before the disco vibes took over the Echoplex, indie rock band Sego played a quick set with some playful bass and grungy lo-fi vocals setting a chill mood. Honus Honus, fronted by […]

Win Tickets to !!! (Chk Chk Chk) at the Echoplex

Its always a good time when the Sacramento band !!! (Chk Chk Chk) come to town, inevitably causing us to shake our booties. There is also no way frontman Nic Offer will refrain from displaying his provocative moves! We last caught them at this years FYF Fest, prior to the release of their sixth album, As If. […]

!!! (Chk Chk Chk) are ready to move and groove you with the release of two new songs and one new video. Today the band has shared two songs that will definitely get your tail feather shaking. You can stream both “Ooo” and “Bam City” below, as well as watch their quirky DIY new video […]

Photo courtesy of FYF Fest One thing that you’ve got to appreciate about !!! (Chk Chk Chk)’s lead man Nic Offer — the dude has no qualms about getting down, however absurd it might look in his hot pants. Saturday night at FYF Fest, the late addition to the lineup gave the crowd plenty to […]

One song into Hot Chip‘s Tuesday night headlining set at the Greek Theatre, I looked around and saw a bunch of people dancing with less rhythm than Elaine from Seinfeld. It’s really an awesome thing to see at a concert. Oftentimes, people are too self-conscious to really let loose, especially if dancing isn’t their thing. But […]

Viva! Pomona has announced its 2014 lineup featuring headliners !!! (chk chk chk) and Thee Oh Sees, as well as Crystal Antlers, Fuzz, Terry Malts, Porter, The Garden, Puro Instinct and many more local and international acts (scroll down for the entire lineup). INTERVIEW: Viva! Pomona and the Young Punk Behind It New to this […]

!!!  (chk chk chk) headlined the El Rey Theatre this past Saturday (June 1, 2013) with support from White Arrows. This show was a non-stop dance party and just way too much fun for everyone in the El Rey! We’ve never seen so many topless bodies! Check out the photos from this sweaty, hot mess below! […] 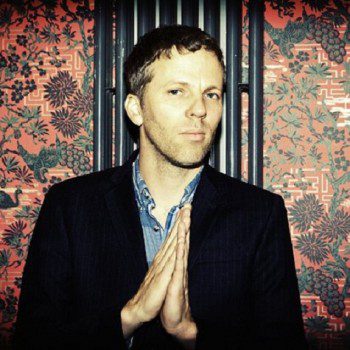 California’s !!! (Chk Chk Chk), will be performing at the El Rey Theatre on Saturday, June 1. The band, composed of 6 members led by Nic Offer, make contagious dance beats heard fresh on their fifth album titled Thr!!!er, released last month. The band incorporates saxophone on “Get That Rhythm Right” and smooth groove bass on “Even […]

Just minutes ago we shared a very hot new track from dance punk band, !!! (chk chk chk), titled “Slyd.” You can download the classic club banger by clicking here. To complement the banging new track they just shared, !!! (chk chk chk) also have blessed us with a headlining Los Angeles show date at the El […]

This track is just straight up groovealicious. !!! (chk chk chk) have shared a new track from their forthcoming album, THR!!!ER, out April 30th via Warp. “Slyd” is a sexy, bombastic banger sure to get your booty bouncing. It takes it back to the late 80s/early 90s club days of sample-based club-floor classics. Rather than […]

Here’s the final batch of our Sasquatch! photos. It was an exhilarating experience full of incredible music, people and scenery. I highly recommend it to anyone who loves music and going to festivals. If you think Coachella is the best, you obviously haven’t gone to Sasquatch! … it’s REAL. Check out more of our Sasquatch! […]