Thursday night was a dance party at Echoplex as !!! (Chk Chk Chk) and Honus Honus had the crowd grooving all night long. Before the disco vibes took over the Echoplex, indie rock band Sego played a quick set with some playful bass and grungy lo-fi vocals setting a chill mood.

Honus Honus, fronted by Man Man‘s Ryan Kattner, showcased an upbeat set with dark lyrics and piano-based instrumentation. Honus Honus mostly performed tracks from their latest album Use Your Delusion like “Vampires in the Valley” and dance jingle “Oh No!”.

Finally, Nic Offer of !!! (Chk Chk Chk) strutted on stage in usual fashion with his short shorts. The crowd is immediately drawn to Offer’s’s energy as he shows off his dance moves and swaggers to each side of the stage thrusting his pelvis into the people standing front and center. Offer was joined by a backup singer to showcase some new tracks from their newest album Shake the Shudder. Chk Chk Chk performed the fan favorites “One Girl / One Boy” and “Freedom! ’15”.

Sego at Echoplex by Andrew Gomez

More Photos of !!! (CHK CHK CHK) with Honus Honus and Sego at Echoplex! 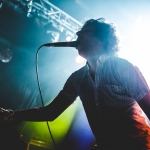 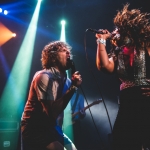 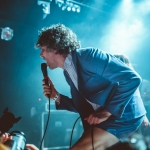 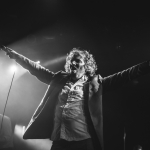 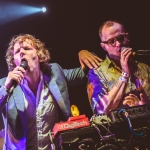 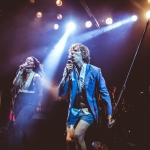 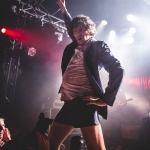 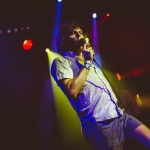 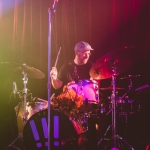 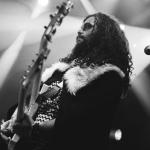 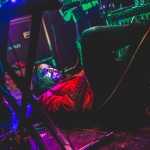 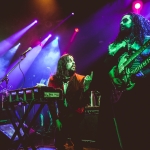 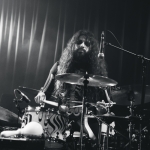 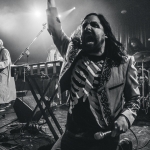 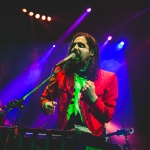 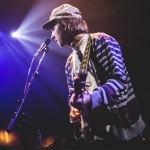 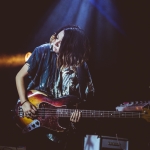 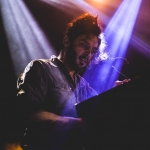 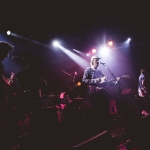 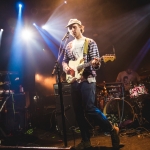