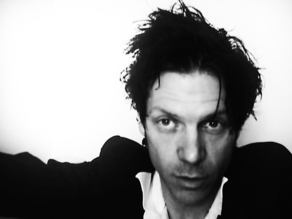 Okay kids, you know my favorite way to start an album review by now … (push play and the first few seconds is the first impression) well I have to say The Capstan Shafts first track “Fairweather Triumphalist” off of “Revelation Skirts” fails this test. I like the first 12 seconds, but then it explodes into some Gin Blossoms type of stuff: Ugh. Now sporting a full rock band, The Capstan Shafts has differentiated from its roots as a one-man-band. Dean Wells, the man behind the one-man-band has taken a different approach for his third LP off Rainbow Quartz. Instead of recording solo in his bedroom he recorded at Strange Weather studio in Brooklyn with a full band. The result? “Revelation Skirts,” the follow up to 2008’s “Fixation Protocol.”

As I get into the second track, “Let Your Head Get Wrong,” it sounds somewhat like the first with the same song structure. Dislike. With third track “Little Burst of Sunshine,”now we’re getting somewhere! If I heard this track as a single I would probably buy the entire album as it has a different feel then the first two tracks. It’s a sweet little simple song with a little bit of Bowie-esque singing. Dean Wells’ voice really is the star of his songs and the loud punk pop music in the back ground takes away and distracts you from his beautiful vulnerable voice. The song “Quiet Wars” has a really great intro with a lo-fi echoing sound, but it then gives way to that annoying 90s sound with the rest of the songs on this album. Notable is track twelve titled “Versus The World Hater.” It’s a pretty piece with great harmonies, honest vulnerable lyrics and it’s catchy. The rest of the album sounds like early “Green Day” but the Green Day songs you would skip over. Not that it’s a bad thing to have this sound but it just feels boring and not something I would listen to again. Maybe for the new generation of teens out there they will eat it up as it’s not a recycled sound they heard in high school. It feels terrible to give a not-so-great review but like my ex-lover said when he found someone else, “I feel what I feel. What can I say?” 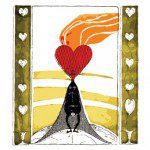 One thought on ““Revelation Skirts” by The Capstan Shafts – Album Review”