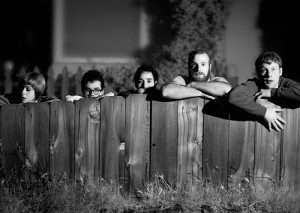 New York’s oh-so-likeable ensemble, Freelance Whales have released a new song titled “Enzymes” via www.greenlabelsound.com. The release of “Enymes” came as a total surprise. The Freelance Whales had the track “originally mocked up on a laptop in the van, as a way of messing around with alternate time signatures.” They were just rehearsing this song a few weeks ago, and now it’s recorded and available as FREE download below.

“Enymes” is an airy lullaby with thumping drums and genuine lyrics of being homesick and missing the ones you love. Sounds like Freelance Whales have had their fair share of some “on tour” blues.