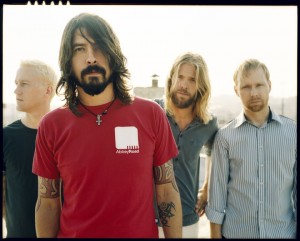 Gotta love the pop-up “secret” shows during the holiday season. The Foo Fighters have announced via their Facebook page that they will be playing a secret show tomorrow, Tuesday, December 21, 2010, somewhere in Los Angeles. The location has yet to be announced but if you want to score a free pair of tickets, follow the directions below!

You and your guest must be able to be in the Los Angeles area on the evening of Tuesday, Dec. 21st
Winners will be chosen at random
One entry per person (Multiple entries will be disqualified)
Winners + their guests must be 21+ and must have government issued photo identification
Tickets are non transferable
There will be no hard tickets for this event
You and your guest must arrive, check in + enter the show together
The doors will open at 7pm. The show will go off at 9pm.

Be prepared to leave your cell phone, camera, any other recording devices in your car – because they won’t be allowed in.

No exceptions. So don’t ask.

If you are chosen, you will be contacted via email with further details including location, no later than 2pm (pst) on Tuesday, Dec. 21st.