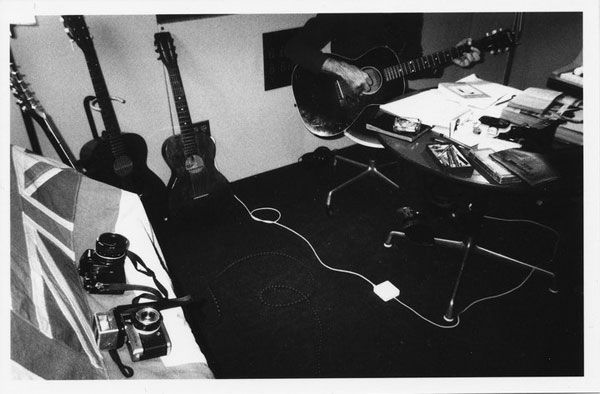 After announcing the details of their forthcoming album “Blood Pressures” and teasing us with upcoming tour dates, The Kills have now announced their 2011 tour dates. With shows announced in both San Diego and San Francisco, don’t fret Los Angeles, according to their tour date gap on April 16-18, it looks like The Kills will be playing Coachella and hopefully announcing a special show in Los Angeles as well. Cross your fingers!

Presale tickets for The Kills will be available online as a Fan Presale on Tuesday, January 18. Register on their Web site to receive new alerts and access to their exclusive fan presale. 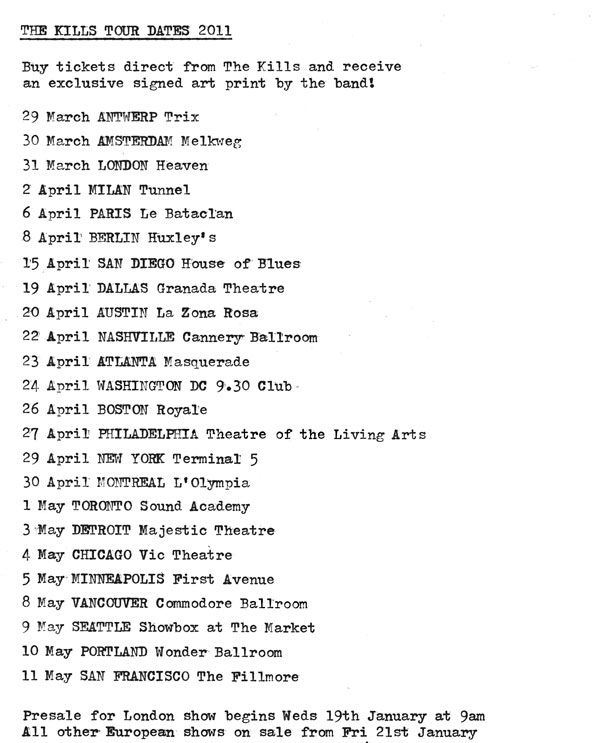 2 thoughts on “The Kills Announce 2011 Tour Dates and Presale Tickets!”