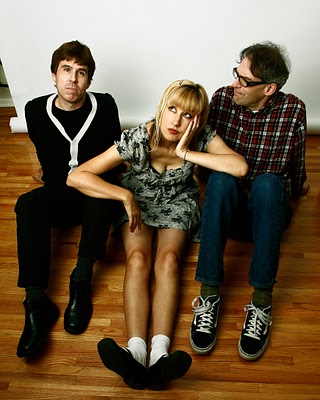 90’s indie rockers, the Muffs, are playing a show at the Satellite on Saturday, February 5! You may remember the Muffs from their awesome cover of of “Kids In America”, originally by Kim Wilde. The song was also made even more popular when it was featured in the 90s classic, Clueless. Font-woman, Kim Shattuck, has this awesome raspy voice that really stood out in all their songs during this grungy era.

Tickets are only $12 and open to those 21-and-over, but thanks to our friends at the Satellite, we have some tickets to give away to the Muffs’ show this Saturday! Get ready to hear some oldies, newbies and some b-sides, and relive some 90s moments!

The Muffs will be supported by: John Wicks and the Records and Ari Shine

Here’s How You Win The Contest:

For more cool shows coming up at the Satellite this month, click here. To enter other Grimy Goods contests, click here.

One thought on “Contest: Win Tickets to the Muffs at the Satellite”