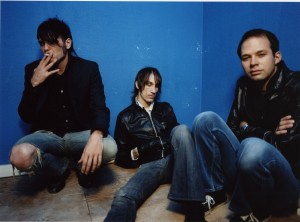 From the band that brought you epic hits like “Anyone” (Dangerous Dreams) and “The Kids from Orange County” (Hexes for Exes), they are back for your listening enjoyment! That’s right kids, Moving Units are releasing their first EP since 2007, titled Tension War.

Known for pioneering L.A.’s post-punk, indie-dance music culture, Moving Units’ Tension War vividly, or shall we say musically, displays why they’re the pioneers. Despite being only a six-track release, fans will enjoy the album just as much as if it contained 15 tracks…like they say, it’s all about quality, not quantity!

While their live shows contain “reckless abandon, raw primal energy, and underlying sexuality,” Tension War pretty much captures the exact same thing. “Liquid X” is a bit edgier with a rock ’n roll twist, but still has those upbeat tempos Moving Units is known for. “Until She Says” sounds like more of their older stuff (think a bit along the lines of “Anyone”) and makes you want to shuffle around the room or spazz out while driving.

“Pink Redemption” has some sick bass meshed with cool electric synths thrown in and is an all-around danceable jam that’ll have you continuing that “Until She Says” shuffle. “Pairs, New Mexico” is the last new song on the EP and continues the party in perfect Moving Units fashion. Filled with loads of heavy bass, rad guitar riffs and echoed vocals, it’s a great end to some highly anticipated new Moving Units music.

If you are one of the lucky peeps who was able to snatch up some 2011 Coachella tix before selling out COMPLETELY, Moving Units will be playing on Friday, April 15, which is one act you DON’T want to miss! 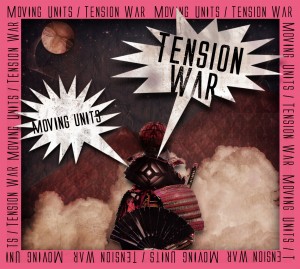