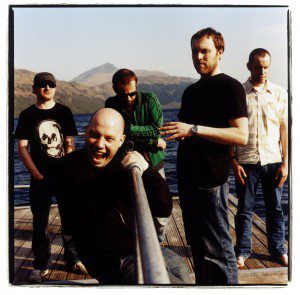 It’s hard not to laugh a little when you say the title of the new Mogwai album out loud, Hardcore Will Never Die, But You Will. Or maybe I’m just easily amused. After hitting play on their follow up to 2008’s The Hawk is Howling I start to flip through the little picture book the album comes with while listening to the first track “White Noise.” And I have to say, my experience feels a lot like the museum scene in the movie Ferris Buellar’s Day Off. The part when the characters have moving moments with the paintings. The pictures are stunning but gloomy, and complement the inspirational instrumental, “White Noise.”  There’s so much going on in this song it is necessary to close your eyes and try to isolate each instrument pattern. If you try this exercise you will suddenly realize that you are in some form of music meditation. Then the explosion, right around the four minute mark, makes me feel like my heart is going to burst. I end up listening to this track five times before moving on to the rest of the album. Yeah, it’s that epic.

If at this moment you’re wondering if there are lyrics on this album, the answer is yes. For example, track two “Mexican Grand Prix,” is a song with sexy whispering vocals as well as robot voice vocals, back dropped by music that begins with a beat that sounds like a flat tire, and is heavy on the keys like an 80s flashback that feels intense and suspenseful. The beautiful ballad “Letters to the Metro” is a sweet melodic piano piece.  I can picture a lone person sitting on a metro bus at night as it drives through abandoned parts of the city with feelings of isolation, somberness, and bittersweet thoughts of what could have been. The track following it jolts you out of that mood and is the second song with lyrics, the bass thick dance track, “George Square Thatcher Death Party.” The pretty tingling of chimes in the track, “Too Raging to Cheers” feels like light magic, but soon transforms to heavy sounds of doom and death. As if it tells a story with out words. The album’s mostly instrumental ten-song collection ends with the track, “You’re Lionel Ritchie.” Apparently titled so because that is what a drunk Stuart Braithwaite said to Mr. Ritchie when he saw him at Heathrow.  This eight-minute sonic creation had me throwing my headphones off at around four minutes as the song blast into some really loud shit. I am glad my ears didn’t start bleeding. However, if you have a conversation with me that mostly consist of me saying, “what” every few minutes you will now know the reason. You too can do some damage to your hearing as Hardcore Will Never Die, But You Will is available for you here as of today! 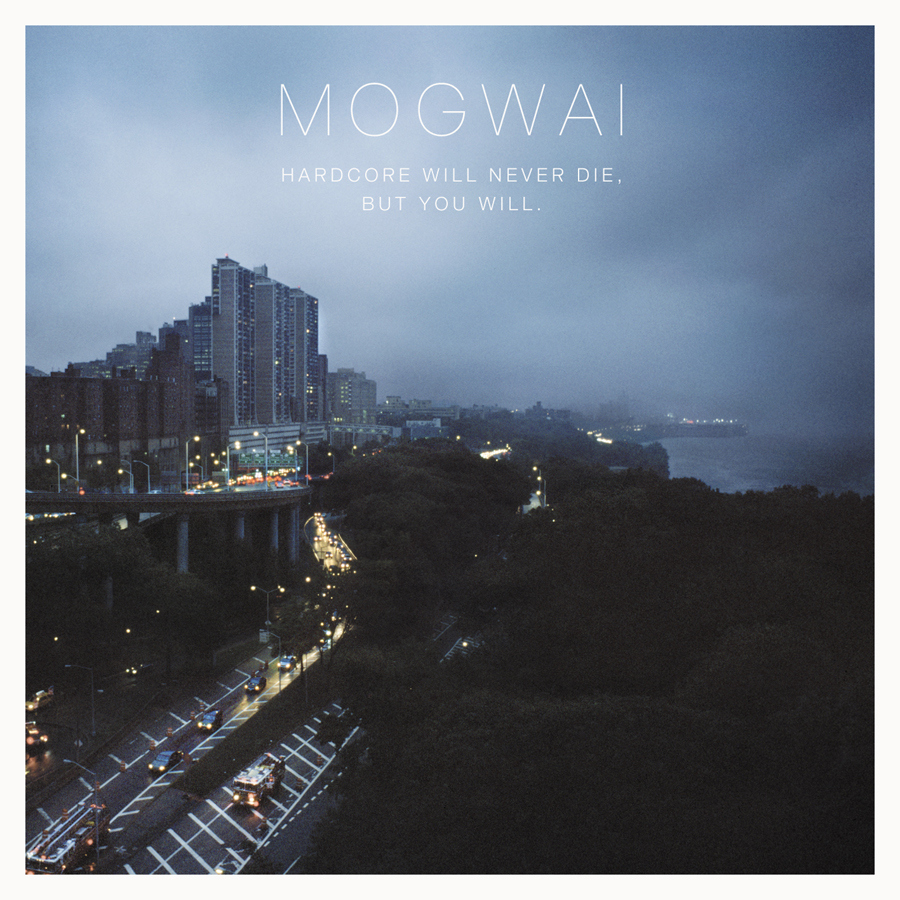 2 thoughts on “Mogwai “Hardcore Will Never Die, But You Will” – Album Review”