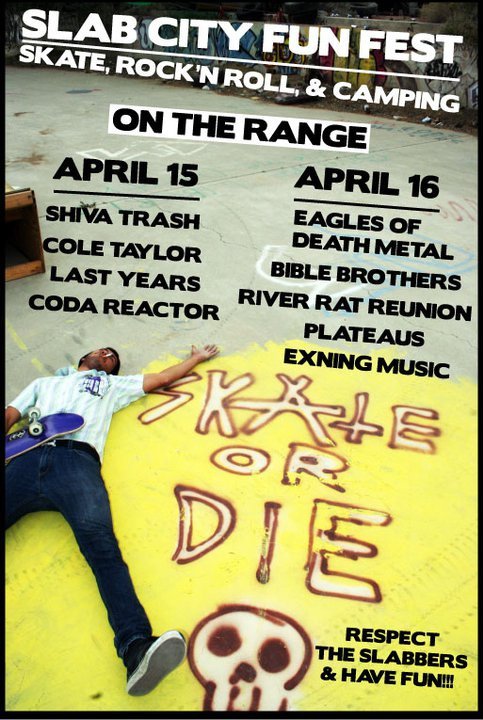 Unlike Coachella, where it costs you hundreds of dollars to enjoy a weekend of music, Slab City  is FREE! No fancy pussy shit, just bring your booze, board and camping gear and you’re all set for the time of your life. With the festival taking place at the historic Slab City which lies on the southeast corner of the Salton Sea, you can expect some desert highs and I’m not just talking about the heat. Slab City houses some massive “slabs” that are the remains from WWII training facility Camp Dunlop. The area also boasts an Olympic-sized swimming pool that overlooks the Salton Sea. It’s an empty pool that locals and touring regulars use to shred.

Slab City Fun Fest’s founder, Ernie Quintero is one with the skateboarding and garage punk community, so you know this festival is gonna be legit. Quintero was a former member of the Spits and is currently in Slab City (he named the band after the area). He has highlighted garage bands such as The Black Lips, Nobunny and more. So expect to see some crazy shows at Slab City.

This festival is most certainly not for the faint of heart or high maintenance douches. If you’re down with garage punk, skateboarding and camping under the stars, this is the festival for you!