Can music cure? I mean, leaving all of the obvious scientific stuff out of it about frequency waves and  sound therapy, I’m talking about just a flat out damn cure.  This was my experience last Friday, April 1st at The Echo for Sonny and The Sunsets.  A day before, I woke up with a cold, or allergies, or something that made me feel like shit.  When I walked into The Echo I still had all the symptoms, but right in the middle of the Sonny and the Sunsets’ peformance, I realized that it had all went away.  I could breathe!  I felt great!  I didn’t feel sick!  All this was followed by feelings of confusion and awe.  True story guys!  *No alcohol was involved in this cure.

Okay, enough about the miracle of music and onto the general details of the show.  Have you ever been to a show where one band dissolves into another?  Yeah, me neither.  But that’s exactly what happened at this show.  Two ladies, Heidi and Grace, from opening act The Sandwitches, joined Sonny and the Sunsets to create the band Earth Girl Helen Brown. They performed a few songs in which the girls that previously played a timid twangy set as The Sandwitches freakin’ blossomed into dazzling bad asses.  It was a rad change.  After a few songs The Sandwitches’ ladies disappeared, and the band did a few technical changes to officially begin their set as Sonny and the Sunsets. Sonny started the show off by inviting everyone to the green room upstairs for Tecate’ and bottled water stating that we are all equal and they don’t deserve such treatment as he dissolved that fourth wall between band and audience.  Wow, this guy is so sweet, humble, um… there are more adjectives here but I’m at a loss for them.  You just have to experience it to know.

The band played songs off my favorite album Tomorrow is Alright, (it’s like gold to me) as well as their new album Hit after Hit and other various tunes.  The sound is hard to pin onto a single area of music, so I will just list these things:  easy going folk, doo-wop, charming, and bound together with vulnerable conversational or narrative lyrics.  This is a style that stems from Sonny Smith’s playwright skills, turning plays into songs, and all around artist kick-ass existence.  I wish I could tell you the order of the set list, but I can’t.  That’s how lost I was in the experience.  I totally forgot I needed to take note of such details for this little article.  I just floated through dancing, smiling, and absorbing.  Songs like, “Too Young to Burn,” had me singing along straight from the heart of my soul with its’ relatable words and bring tears to my eyes imagery.   Friends really enjoyed the memorable part of the set when Sonny did a solo little number, “Mondrian.”  My painter friend said it was “an earnest and goofy meditation on some paintings,” which he really liked.  He also stated he liked Sonny’s self-deprecating style of humor, which I agreed.  It’s what makes the show so charming and the songs so relatable.   After almost every song, Sonny asked out loud to band members and audience collectively, “What should we play next?”   This little question made the stage disappear, and created a very relaxed atmosphere.  It felt like everyone in the room were close friends. 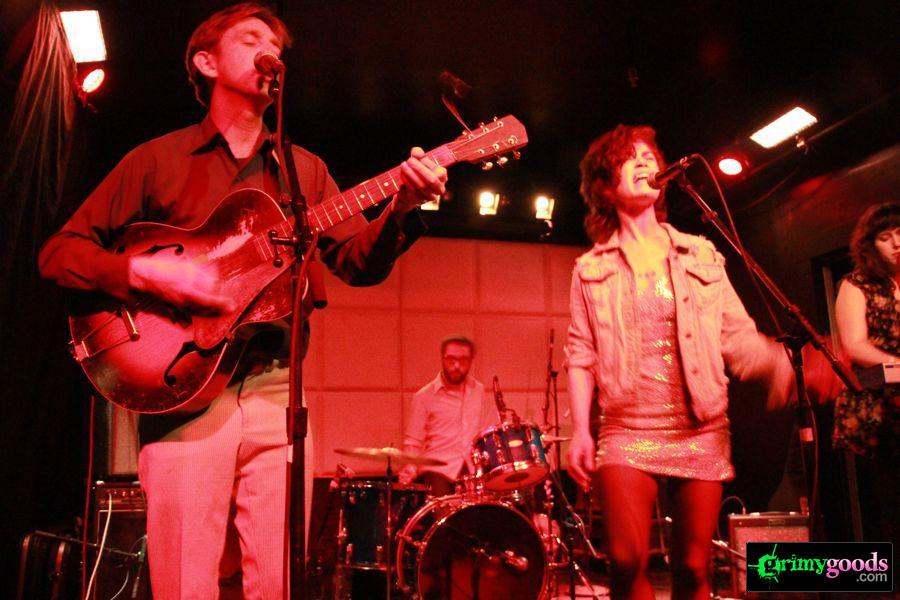